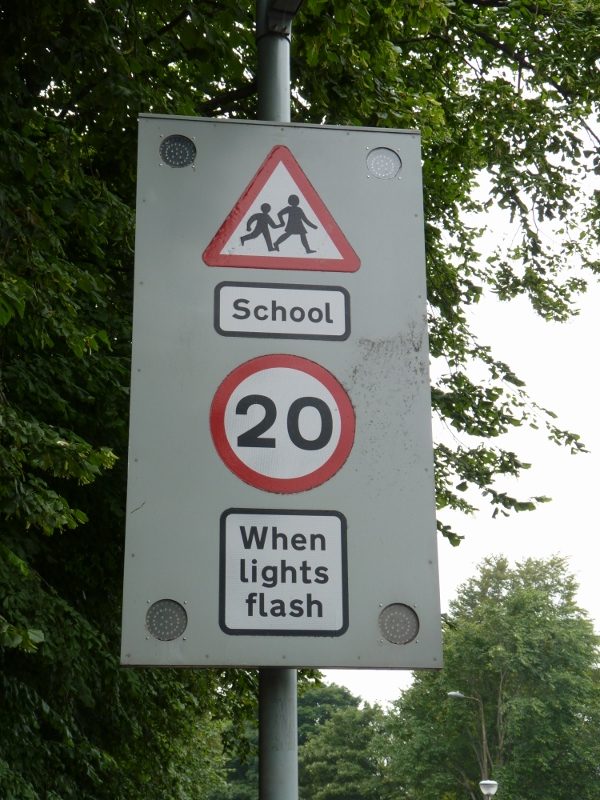 On just about the hottest, driest, sunniest day of the summer, Scotland’s 680,000 pupils made their way back to school this week. The long holidays are over – six or seven weeks of glorious freedom. Now they must get back to work on the “curriculum for excellence.”

The return to school is as inevitable as bird migration.  Shakespeare describes it as one of the seven ages of man; “Then the schoolboy, with his satchel and his shining morning face, creeping, like a snail, unwillingly to school.”  At the other end of the country Charles Murray has his “wee herd” shod again for school, as the winter “brocht him dool.”  I can remember the feeling of dread and yet excitement about what the new term will bring.

This term will bring excitements over teacher numbers (around 50,700),  the new powers being given to head teachers, the attainment gap suffered by pupils from deprived areas (around a third behind on almost every measure), and  – a new one this – the state of the school buildings.

Here in Edinburgh, 17 schools were closed over the summer holiday for urgent repairs after an outer wall at one school fell down in a storm last winter.  It’s now thought that at least 30 schools in Scotland suffer from the same shoddy workmanship. The building programme to renew or refurbish our 2000 primary and 360 secondary schools, has been going on for a decade, much of the work being done under the controversial public-private partnership.  Now we are wondering if we should have been a bit more careful about checking the standard of work done under these schemes.  The Edinburgh inquiry began this week.

For a’ that, most of our pupils did well in the exams over the summer. A record 28,300 pupils made it into university. We are trying hard to keep our gold medal from the Office of National Statistics which in 2014 said we were “the best educated country in Europe.”

Scotland has been in the medals at Rio this week.  Our 50 athletes in the Great Britain team have so far won 12 medals, four of them gold, including the team leader Andy Murray’s.  Our top Olympian Sir Chris Hoy had to watch his 6 gold medals record equalised by Englishman Jason Kenny. But he was pretty sporting about it and took comfort from the fact that he had directly inspired the young Scottish cyclist Callum Skinner, who brings home a silver medal.

Here in Edinburgh the International Festival and Fringe is still in full swing. We’ve now reached the half way stage and we are getting used to the streets being crowded with off-duty entertainers, some still strumming their guitars. I’m even getting used to the boom of the fireworks from the Tattoo at 10.30 every night.

Life outside the magic circles of sport and the arts continues.  The sheep sales in Lairg, for instance, seem to have gone well. Over 20,000 lambs were sold at good prices. Nicola Sturgeon continues to tease the Westminster government over its lack of action on Brexit. She told a conference of 300 EU nationals that they were welcome to stay in Scotland and she called on the UK government to guarantee their place in Britain if we ever get around the leaving the EU. “It’s the humane thing to do,” she declared.

There was a surprise in the monthly unemployment statistics. Unemployment is down slightly to 5.2 per cent. That’s higher than in the UK as a whole (4.9 per cent) but it’s the lowest level for seven years. There’s also more people in work now than before the recession of 2008.  It’s surprising, until you remember that these official figures date only to the beginning of June, before the disastrous Brexit vote.  The real Brexit backwash has yet to be recorded.

Finally, the story of the disappearing hen-harrier. This rare and “protected” bird of prey began life in the spring in a quiet nest in Banffshire, the only one of a family of chicks to fledge.  He was so loved by the Partnership Against Wildlife Crime in Scotland that he was given a name Elwood and a monitoring device.  His movements were thus tracked by satellite. But the signals ceased on 3rd August in an area of grouse moorland near the Slochd Summit on the A9.

Strangely enough, this is also the area where eight similarly-tagged golden eagles have disappeared over the last few years. The RSPB is rightly suspicious. Have the gamekeepers been up to mischief ?  The Gamekeepers Association says: “Speculation at this stage will not help.”   But what else can we do ?