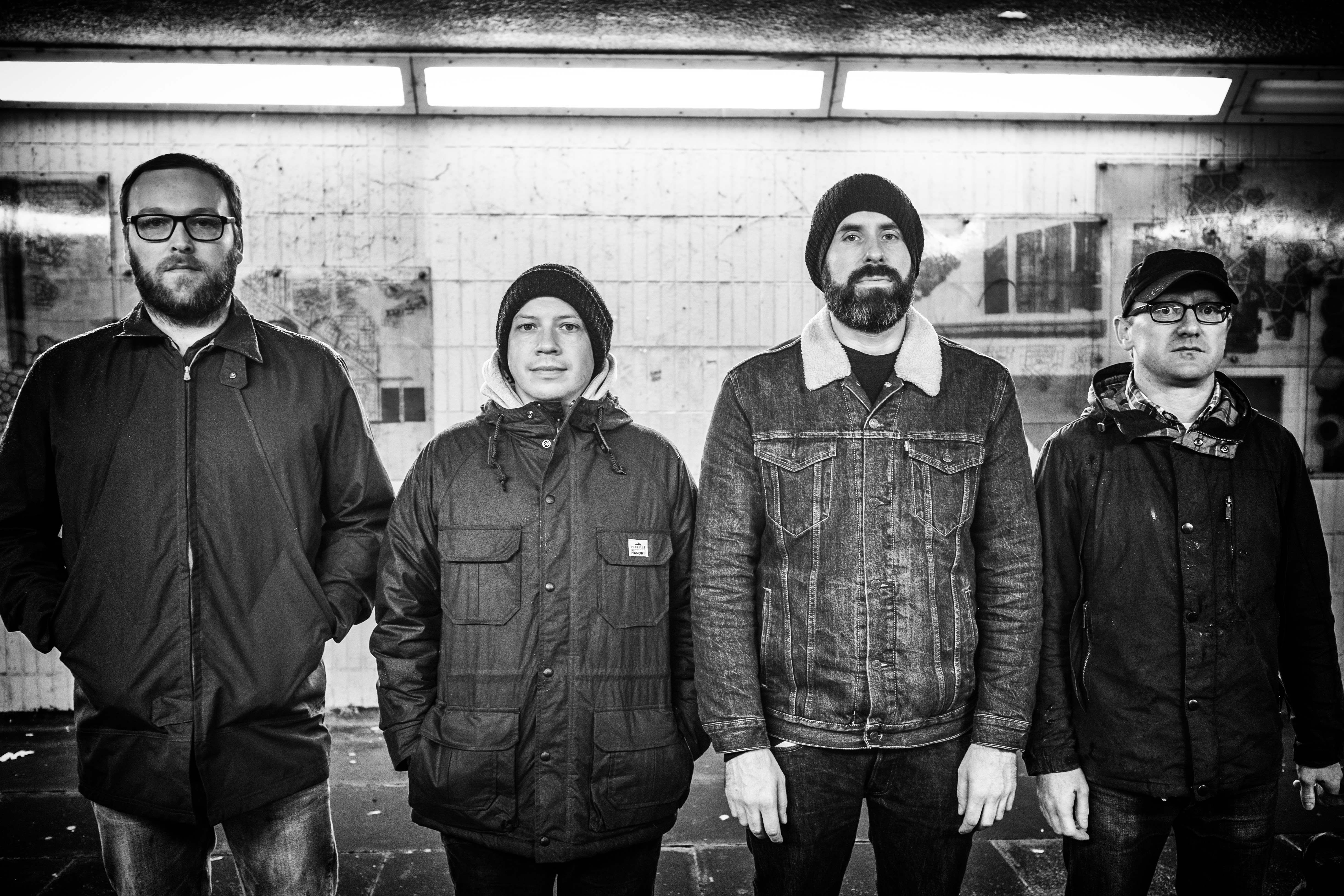 It seemed appropriate to conclude the Festival with Mogwai performing the OST to Mark Cousin’s film, Atomic, live.

Subtitled Living in Dread and Promise, Cousins’ film nods to the work of Godfrey Reggio’s Qatsi films, an archival jigsaw of footage that powerfully tells the story of the impact of nuclear weapons.

Four years ago Scotland was facing an independence referendum, which brought the issue of nuclear weapons in Faslane to the fore. Glasgow band Mogwai, renowned for their views on Independence, in 2016, performed their score for Atomic live, concluding the festival with not one but two shows.

Atomic is Mark Cousin’s montage film, exploring Chernobyl, Hiroshima and Nagasaki, and whether we do actually need the 15,700 nuclear weapons that exist on earth, made all the more evocative with archival images but also emotional punches, which Mogwai threw at the audience with this beast of a performance.

With a six piece version of the band sat dimly lit beneath the screen in Edinburgh’s Playhouse, the show began embryonic, with images of nature, building up to the carnage that the appliance of science has brought. Not too dissimilar to the work of Terence Mallick, there is room for reflection on these images, with the band’s underscore pinpointing the blatant moments when the crowd should feel hope, and also despair.

As we can expect from Mogwai, the decibels penetrated The Playhouse to its 87-year-old foundations. Martin Balloch’s drum beats thrusting impact across the room to awaken any sleepy member of the crowd. Stuart Braithwaite and Barry Burns’ guitar scree provided the discordant dissonance to intensify this screening.

Clearly a tale providing and investigating powerful arguments for removing the world of nuclear arms, Cousins surprises us with this film.

He has no overarching narration. However, his referential acquiesces to fellow filmmakers Mallick and Reggio come as no surprise; he is after all a cineaste. With Mogwai’s back history of composing for OSTs, such as Zidane: A 21st Century and Les Revenants, it does not knock us off our seats that they are at it again.

And as well as needle-dropping the visuals with emotive instrumental strums, the band hit home this point that science overcomes humanity, as this attack of noise from their man-made technology eradicates the human stories, subtitled, which nears the conclusion of the documentary.

Without this compelling soundtrack the intensity and point of the documentary would be lessened. Hearing it live made it even more confrontational. A special performance, this certainly conjured up a few points to take to another political sphere, and who better to do this than Stuart Braithwaite and his crew.