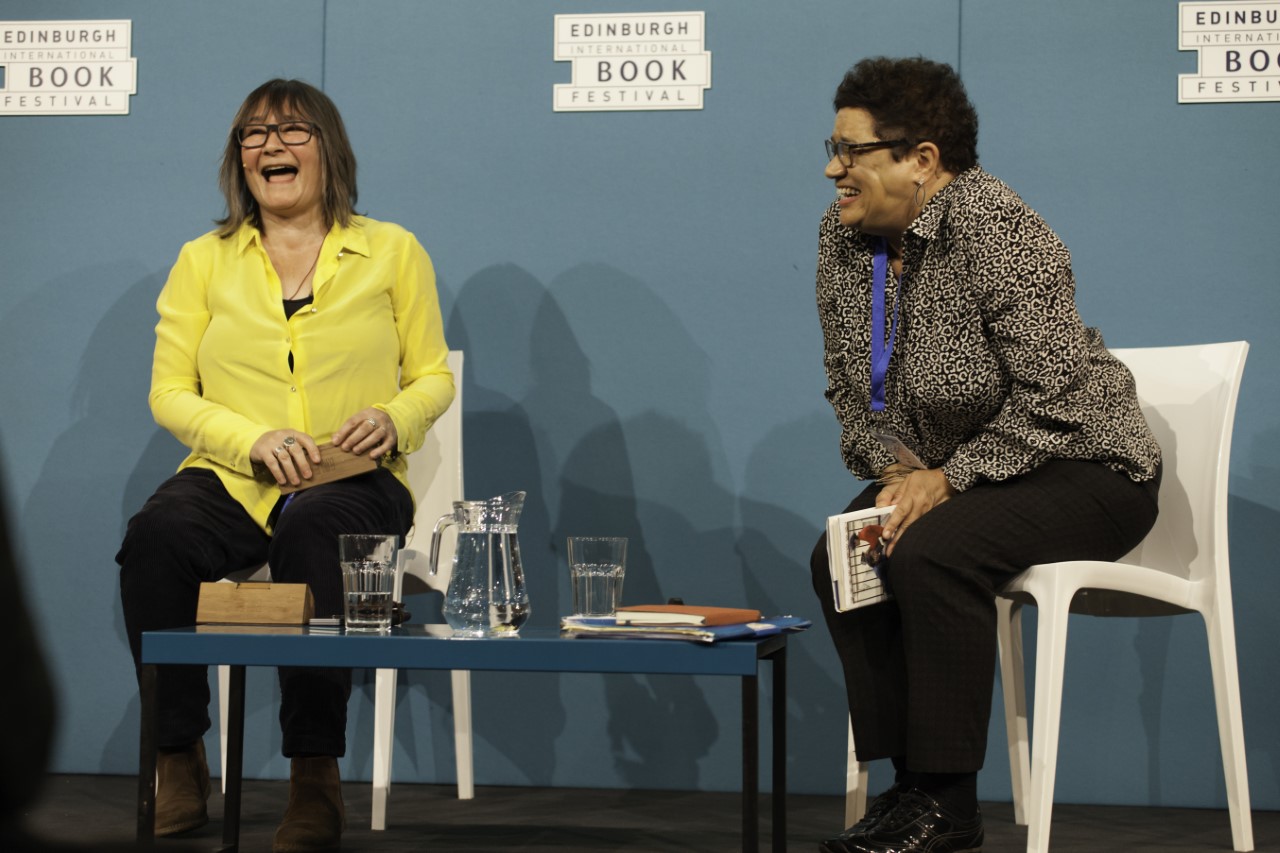 Chaired by the nation’s makar, the enthusiastic Jackie Kay, Ali Smith took to the stage on Saturday to discuss her new and exciting work, Autumn.

Multi-award-winning novelist Ali Smith gave the audience a wonderful sneak preview of this new novel, an installment in a quartet of novels, which looks at humans being formed by time, all named and related to the seasons of the year.

As the two shared their love of reading, readers, writing and each other on stage, it was easy to see why this theatre was packed out. Smith read from this volume, which was clearly a visceral account of the aftermath of the recent Brexit vote.

An anticipated eruptious applause followed, as the crowd recognised that the text acknowledged bereavement and Brexit within the country. Jackie Kay brought it directly back to Scotland: “Being in Scotland has probably never felt more different than being in England.”

Admitting that the beginning of Autumn is an adaptation of Homer’s Odyssey, both Kay and Smith swiftly moved on to the act of writing with Smith noting that it’s a “precarious business” and that “storytelling is always hospitable” as they discuss the role of the reader. Smith reminds us that the novel has an “exchange in the story, which welcomes you in in the first place,” and the two focussed on how the work of the reader is as important as that of the writer.

After being indulged by this sneak preview reading and the insightful Q&A, a wonderful discussion between Kay and Smith flowed organically, thus hinting at their close friendship, one which means Kay was able to boast about having already read the not-yet-published Autumn.

And after hearing such beautiful prose, I would too if in Kay’s shoes.