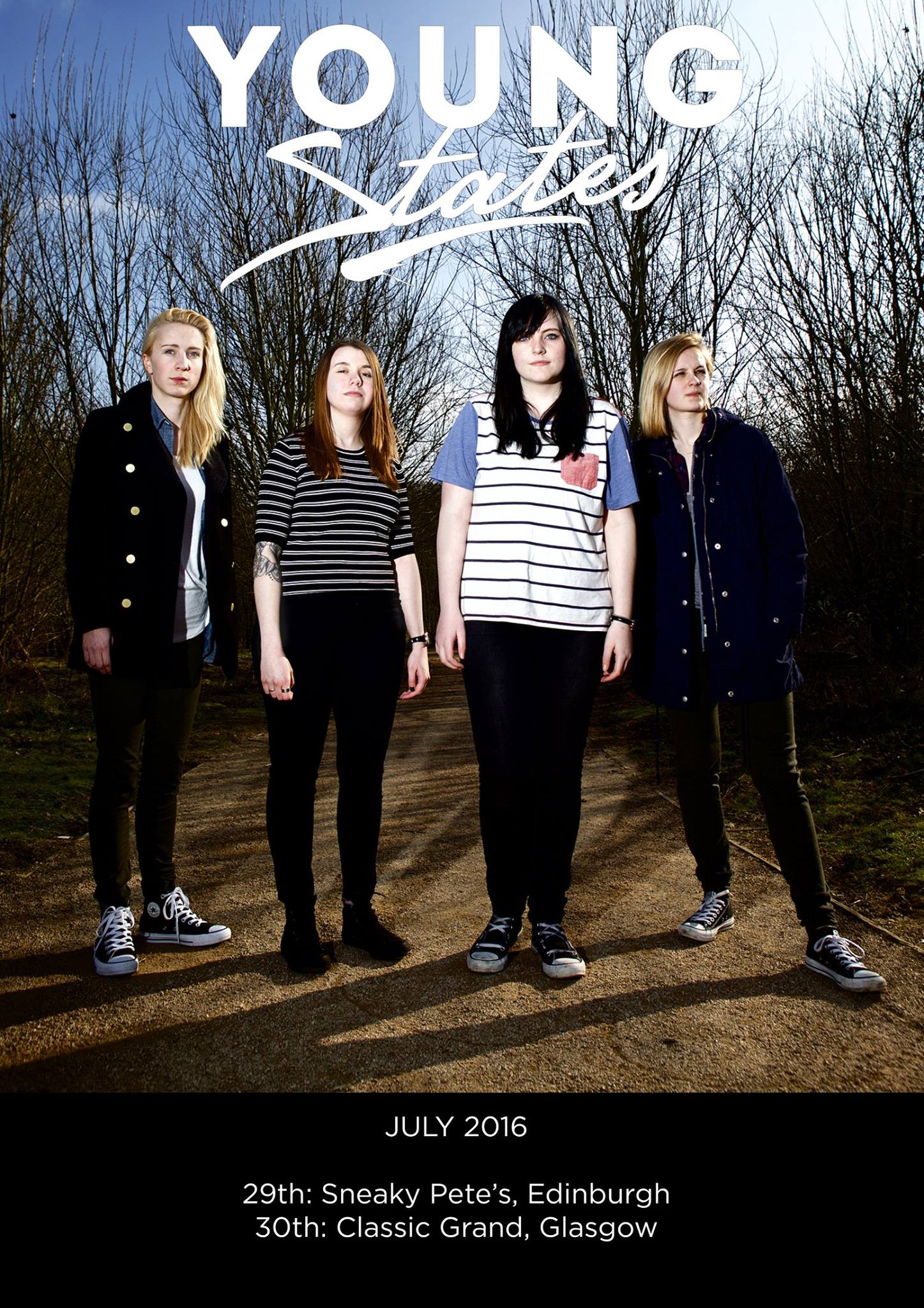 Norwich band Young States will be playing Edinburgh’s Sneaky Pete’s, which is their first ever show in Scotland on 29 July 2016.

Young States released their debut EP ‘Down To You’ in 2015. Young States are a young band, aiming high. Rather than taking their cues from the flavour-of-the-week trends, the overproduced sounds of the ’00s, or the race-to-the-bottom intentional lo-fi pretenders, Young States play the sort of rock reminiscent of the genre’s halcyon days. You know, when rock and roll was simply rock and roll.

Formed at the end of 2014, the band met at Access To Music in Norwich. Libby was on a sound engineering course, the others on a music performance course. Amy got Young States together as she was bored of seeing male band after male band, and wanted to form an all female group. She approached the others in the corridors of college after seeing them carrying their instruments.

With a love of Brand New, Arcane Roots and Mallory Knox, Young States quickly wrote and recorded their debut EP ‘Down to You’. Young States first single ‘No More’ received TV play from Scuzz TV, as well as support from Amazing Radio and BBC Norfolk Introducing.

Tickets for the show are available to buy from Tickets Scotland.