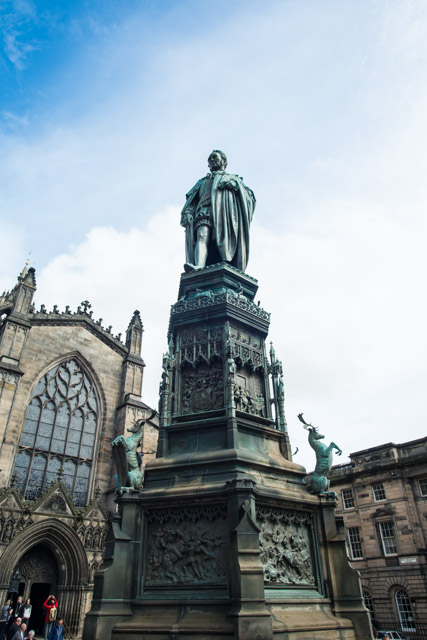 Simon & Garfunkel said Slow Down you move too fast…. and we all know that is true of some of the vehicles in the city centre so The Edinburgh Reporter welcomes the move to slow traffic to 20mph on most city centre streets.

In preparation for the ‘go live’ on Sunday 31 July, large 20mph signs have been erected in Zone 1 over the past few weeks, marking the entrance and exit of a 20mph area where the speed limit is changing. These are supplemented by smaller repeater signs or road markings with speed limit roundels

Transport Convener Councillor Lesley Hinds said: “Slower speeds bring many benefits to the urban environment, making streets more people-friendly, promoting active travel (and thereby improving public health) and reducing the risk and severity of road collisions. The majority of Edinburgh residents support our 20mph scheme and we know that other local authorities in the rest of Scotland are closely monitoring our experience.

“We’ve been working towards this rollout for a number of years now and I’m delighted to see the first phase going live. Changing driver behaviour is not an overnight thing, obviously, and it will take a bit of time for it to become second nature. Experience here from our South Edinburgh pilot and from schemes elsewhere shows that support for 20mph increases after implementation as people welcome the benefits.

“We’ll continue to help people adapt to the new limit throughout the rollout, through awareness raising and education campaigns.”

Chief Inspector Mark Rennie of Police Scotland said: “We remain committed to casualty reduction on our roads and whenever we observe motorists disobeying the 20mph speed limit, or where the public tell us there is an ongoing problem, we will respond appropriately.

“Changes to road layouts, proper signage and continued engagement with the public are the keys to ensuring the speed limit is adhered to, however, police will give due attention to areas around schools to ensure public safety.”

John Lauder, National Director of Sustrans Scotland, said: “Sustrans is pleased to see the first phase of the 20mph zones being implemented across Edinburgh.  The benefits of introducing slower speeds within urban areas are well evidenced across the world and Edinburgh is doing the right thing making this change.

“Over time this programme will ensure that the city’s streets become safer and more pleasant for us all with less traffic noise and more social interaction across our neighbourhoods. In particular, we hope that slower and more predictable traffic speeds coupled with the Council’s programme to create better public places will encourage more people to switch to cycling and walking for every day short trips. With leadership from councils like Edinburgh many more 20mph zones will be introduced across Scotland.”

Around 50% of Edinburgh’s streets already have a 20mph limit. The project extends the 20mph speed limit to the city centre, main shopping streets, residential areas and areas with high levels of pedestrian and/or cyclist activity. Streets that do not fall within these categories will generally have a speed limit of 30 mph and 40mph.

Following the South Edinburgh pilot, a 1000-person survey found support for 20mph rose from 68% before to 79% after implementation. Walking trips rose 7%, cycling trips rose 5% and car trips fell by 3%.

The rollout of 20mph speed limits across Edinburgh will be carried out in phases as follows:

If you would like a copy of our newspaper then let us know by email editor@theedinburghreporter.co.uk or pick one up at the Cameo or The Queen’s Hall. Although the 2017 Edinburgh Marathon does not take place till 27 and 28 May 2017 now is the time to start your training and join a running club. The Edinburgh Marathon Festival tell us why:  “Joining a local running group or arranging to meet with a running partner will not only give you some company but it also helps motivate you to get more from your run workout that day.”

If you are part of a running group and would like to tell us about them then email us or tell us on Facebook so that we can share it!

And if your training is already well underway then you could enter the Scottish Half Marathon in September. Click here! The Edinburgh Reporter has had a few days holiday to recharge in preparation for the Festival and the Fringe which start this week.

If you have a Fringe show and we have not yet managed to feature it then do feel free to tell us yourselves – that is what our tab here is for. If you have a local story then of course you may use the same tab! Although it does not start till later in the month you may like to know about the Festival of Politics which ‘stars’ Sir Vince Cable (remember him?)

“This year’s festival is themed around The Architecture of Democracy. Enjoy a lively selection of debate, film, music, foodand exhibitions all within in the unique and vibrant setting of Holyrood. We look forward to welcoming you here at the Scottish Parliament for three days of stimulating political debate and conversation.”

However the real star will undoubtedly be Harry Benson (why does he not have a knighthood?) the wonderful photographer who will be speaking on 13 August at Holyrood. The Edinburgh Reporter met him at the Portrait Gallery a couple of years ago and he thanked me for being there (!) He is just a lovely man and so very, very talented. If you don’t know who he is then think of the Beatles having a pillow fight – he took that photo and many others like it.