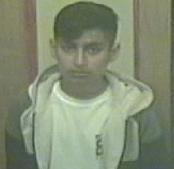 Police are appealing for information to help trace a teenage boy reported missing.

Hamid Iqbal was last seen leaving an address on Howdenhall Road at around 1:30am on Tuesday, July 5th, but did not say where he was going.

Local officers are carrying out various lines of inquiry in an effort to trace Hamid, who also frequents the Leith area of the city.

He is described as an Asian male, 5ft 2ins tall, slight build, black hair short at the back and side and long on top. At the time of his disappearance he was wearing light blue skinny jeans, blue sweatshirt and a dark blue hooded top with a zip to the front.

Anyone who has seen Hamid or knows anything about his whereabouts is asked to come forward.

Inspector Douglas Moran from Howdenhall Police Station said: “Given the age of Hamid and the passage of time our concern for him are growing.

“I ask anyone who has seen Hamid to please get in touch with police as soon as possible.”

Those with information can contact Police Scotland on 101 or speak to any officer.