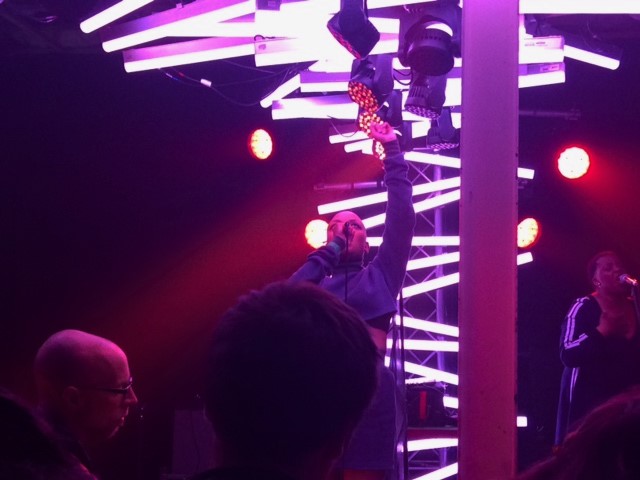 Interactive theatre company, Do It Theatre, treated us to performance, Ten Little Memories, an interactive private play on mental health in a room which unfortunately was a bit too small for the amount of people who wished to engage.

So then onto the Electric City Cinema where several avant-garde shorts were screened including a German dark comedy about a road that is near impossible to cross. The showcase of screenings was quite diverse and open to those of the no-boundaries category, making the whole experience a little like the lucky dip at the funfair.

Neon Waltz, supporting and prepping the crowd for Jane Weaver, a somewhat generic looking indie band with tousled mid-length hair and leather jackets, were not quite feisty enough to hold my attention. Law Holt on the Tempest Stage, however, was a fantastically mesmerising performance, reminiscent at times of FKA Twigs and at others, Grace Jones. Jane Weaver graced the stage looking tentative, bewildered and a little unsure of what to expect. Surprisingly not sold out, there was a sense that the crowd may not entirely be sure of the talent gracing this room.

It did not take long before it filled out. Tracks like Electric Mountain captivated the audience, diverse in age, reminding the crowd of her folktronica but also production history, as the performance is tight, some may say flawless.