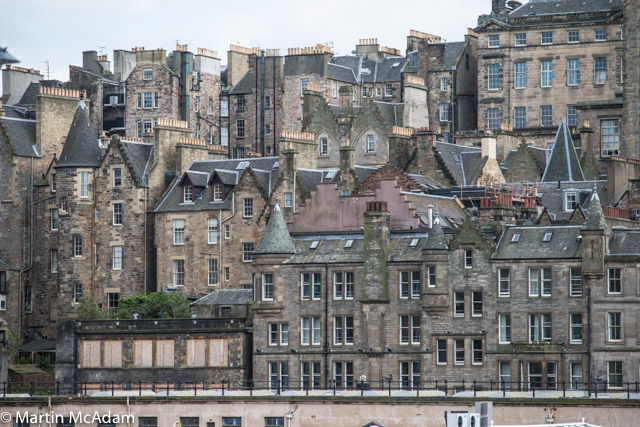 The MSP for Edinburgh Western, Alex Cole-Hamilton has lodged a motion in Parliament about the closure of the Duart Crescent Post Office which we told you about last week.

The motion reads as follows:

Text: That the Parliament notes the sudden and unexpected closure of Duart Crescent Post Office in West Edinburgh; understands that residents in the vicinity of Duart Crescent will now have to visit St John’s Road or Barnton to access postal services; recognises that this is one of several recent post office closures to have occurred in suburban West Edinburgh in recent years; believes that community post office counters supply a vital, lifeline service to communities across Scotland, particularly to older residents; regrets the impact that the closure of post office counters such as Duart Crescent can have on the viability of surrounding local businesses and the life of local communities, and urges the Scottish Government to work with the UK Government and the Post Office to support and, where possible, reopen such post office counters.

Later this morning the council will hear about the future of the Museum of Fire.

The building dates from 1900 and is situated on Lauriston Place. It is a beautiful red sandstone building which was once actually used as a fire station. Now the Scottish Fire and Rescue Service have decided that they cannot afford to keep it going, and the building is to be sold.

The council has given an assurance that the museum will be preserved somewhere within the city boundary, but that could easily mean that it would move to Ratho.

Councillor Day had called for a report on the options for the future of the building.

While the building was previously owned by the council when it ran the fire service, it is now vested in the Fire & Rescue Service who have put it up for sale.

There is a campaign running to save the museum on Change.org. The petition set up there has support from 4706 supporters. The campaigners had tried to engage with the Scottish Government but to little effect as it appears that the Fire and Rescue Service are determined to get rid of the building.

Once in a life time opportunity for DANCERS. Edinburgh will be hosting the first ever Can You Dance? convention on May the 29th at the Meadowbank sports centre. Professional choreographer Matt Flint whose credits include BBC’s strictly Come Dancing, BBC’s Children In Need & West Side story alongside business partner Tom Shilcock who has shared the stage with many famous faces including Rihanna, Jason Derulo & Rita Ora will be bringing Can You Dance? Edinburgh right to your doorstep.

The day is for dancers 8+ and consists of masterclasses with top industry professionals as they take you over the latest choreography in various styles. A performing arts exhibition where you can shop the latest dance wear, network with colleges and join in various dance demonstrations. And a showcase platform for dance schools to perform in front of professional judges.

PoppyScotland have just launched a campaign demanding that the UK and Scottish Governments both include questions about the Armed Forces in the next census.
The campaign is called #CountThemIn and aims to record critical information about the people who make up this group so that the 2021 Census is more meaningful to organisations like PoppyScotland.
It is thought that the armed forces community is just over half a million, but little is known about the group and any welfare needs they may have.

Poppyscotland’s Head of Welfare Services Gary Gray said: “Our aim is to provide life-changing support to those in the Armed Forces community in return for their service and sacrifices. However, it seems strange that we know more about the circumstances of Scotland’s Jedi Knights and Cornish population than we do about those who have served, those still serving and their families. By asking questions in the next Census we can shape and develop services to best meet the needs of those we seek to support. We hope the public gets behind the campaign to count them in.”

Poppyscotland is asking members of the public to show their support for the campaign by contacting their local MP with the ‘Count Them In’ message, visiting the campaign website – www.britishlegion.org.uk/census or by posting their support on social media using the #CountThemIn hashtag. In addition Poppyscotland will be contacting MSPs, the Scottish Government and local authorities.

If you are an artist and might like to spend a fully funded three month residency in New York, then you must apply for the Steven Campbell New York Arts Scholarship.

The prize will include a payment of £13,000 and three months as part of the Interational Studio and Curatorial Programme in Brooklyn.

“We have always held dear to our aim of one day being able to support a scholarship programme based in New York for a practising artist. There can be few other cities where becoming an overnight success is not some idle daydream but can, with hard work, be achievable. In Steven’s case we finally hit success after a year spent visiting every opening exhibition in our Soho neighbourhood and painting every day in his studio at the Pratt Institute when the Barbara Toll Gallery agreed to take 3 canvases for a summer exhibition.

“This led to a review by John Russell for the New York Times and literally the day following the review saw all the paintings sold, a waiting list and a one man show scheduled. Now that’s the kind of dream we want to help facilitate.

“We are delighted to be able to announce that this programme is now a reality and that the criteria for applications will be released shortly. Steven would have been immensely proud to know that his name and influence still resounds today.”

The late Steven Campbell went to New York on a Fulbright Scholarship where he studied at the Pratt Institute before coming back to Glasgow in 1986.

Completed applications must be sent to saltire@saltiresociety.org.ukno later than 12 noon on 17th June 2016. The successful applicant will be announced at the Saltire Society’s headquarters in Edinburgh on 11th August 2016. Based on advice from ISCP as to the artists who may benefit most from this experience, the Scholarship is aimed at people having graduated between 2004-2012 inclusive. Applicants must be available to take up the full period of their residency from 1st November 2016 until the 31st January 2017.