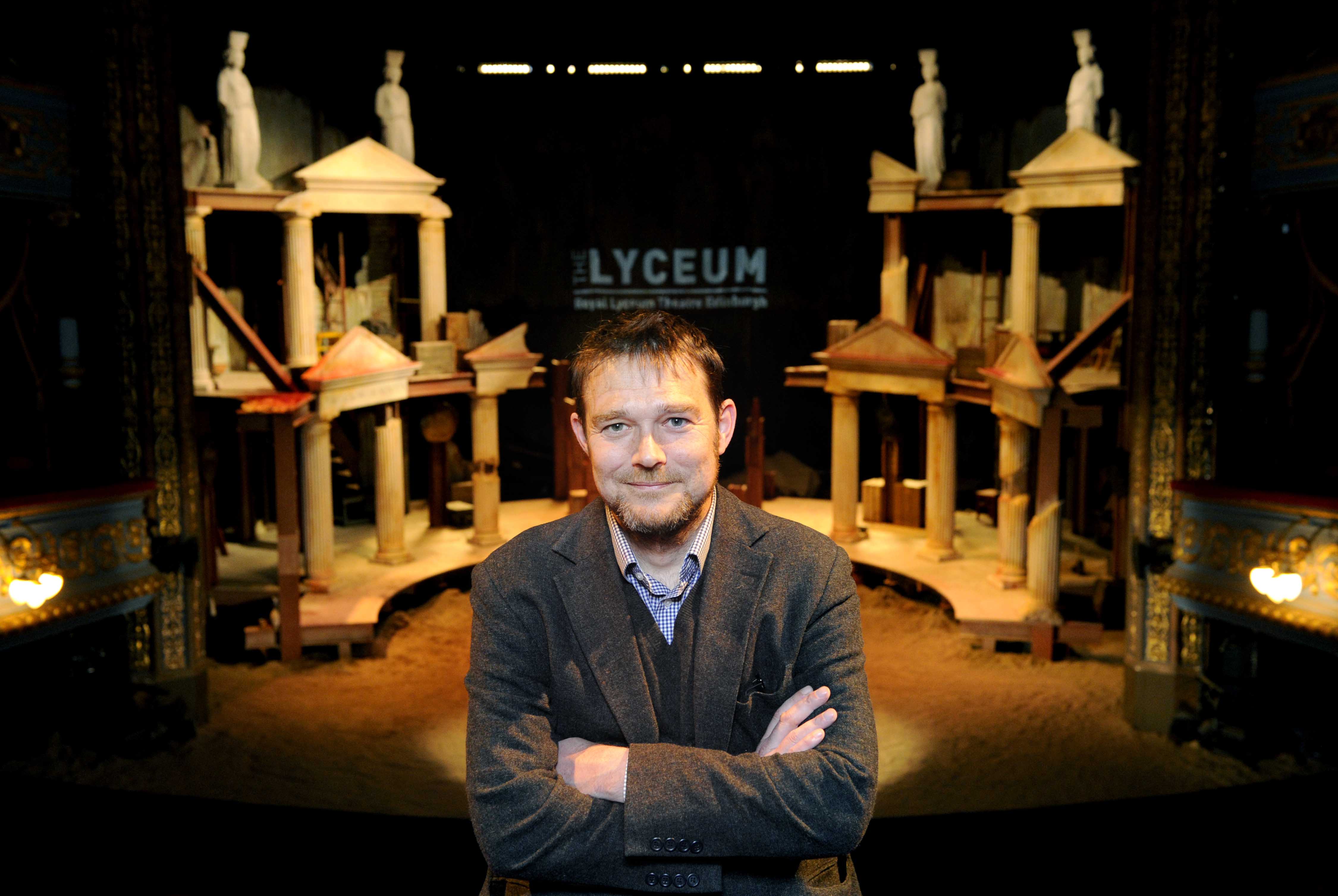 Newly appointed Artistic Director, David Greig’s, tenure has not so much hit the ground running as rocketed this already vibrant 2016 season in to 2017 with breathless haste.

With his international reputation garlanded with awards such as The Lorax (Old Vic), The Events (Traverse, Scotland and Young Vic), Sam Mendes’ West End hit, Charlie and the Chocolate Factory, Dunsinane (Royal Shakespeare Company and National Theatre of Scotland), and The Strange Undoing of Prudencia Hart (National Theatre of Scotland) he is not a man to hide his light under any mega-dome.

David said: “The Lyceum’s 50th Anniversary has been an extraordinary year for the company and the success of Mark Thomson’s final year has allowed me to put together this expansive and ambitious programme for my first season as Artistic Director.

“We will be presenting more work with 11 main stage productions, 4 of which are world premieres, and many of the artists involved will be making work with The Lyceum for the very first time. I’m keen to make new meaningful partnerships, such as our new exciting relationship with the Edinburgh Science Festival and build on existing relationships, such as our involvement with the Edinburgh International Festival, to ensure that we stay at the heart of this fantastic city and truly be a Civic Theatre for the people of Edinburgh and our visitors. “I want to put our citizens centre stage at The Lyceum to share this beautiful space and the amazing experience of making theatre – we need to cast at least 200 members of the public in this year’s season so please come and join us!

“I’m also keen that the citizens of Edinburgh have more opportunities to explore and appreciate the splendour of this Victorian building – we will be presenting regular Variety Nights featuring an ever-changing line-up of musicians, poets and theatre-makers. I’d like us to collaborate more across the UK and the world to share our unique experiences and individual stories.

“This is a programme that takes risks and is full of experiment and adventure – I believe that Edinburgh deserves nothing less. The time has come in this Athens of the North, birthplace of the Scottish Enlightenment, for the city to stake its claim to a theatre of world-class ambition and scope.”

Interestingly, and this says as much about the man’s modesty as it does his command of some of the World’s finest directorial talent that his home-turf directorial debut does not tread the boards until May 2017 with Scottish playwright, Linda Maclean’s new play Glory On Earth. Tantalisingly described as a reimagining of the historic meetings between Mary Queen of Scots and John Knox.

The plot charts the fatal relationship between a charming young queen and an uncompromising old zealot as they battle for the hearts and souls of 16th Century Scotland.

Edinburgh certainly provides an authentic background to the often-scandalous events surrounding young Mary. Closet murder at Holyrood and a literally, explosive termination of an old relationship.

John Knox was not shy of a ruck either when his fiery preachings caused tremors that were felt across Europe and beyond, and brought a revolutionary schism to non-conformist worship in Scotland. Here is a taster of what David Greig and his flamboyantly eclectic programme has promised for Edinburgh Festival audiences and beyond. (A word to the wise, an exclusive Edinburgh Reporter tip, book very early for next April’s A Number, Carol Churchill’s compelling domestic clone-horror)

The Cheviot, the Stag and the Black, Black Oil – 14 – 24 September 2016. Joe Douglas’ widely acclaimed Dundee Rep production will mark his debut at The Lyceum and be the first time this iconic political play has been performed on The Lyceum stage since the original production in 1973.

The Suppliant Women – 1 October – 15 October 2016. David Greig’s first play for The Lyceum main stage unites the creative team behind the 2013 international runaway hit The Events – David Greig, Ramin Gray and John Browne will create a new version of this Ancient Greek story about the flight of refugees and human rights that deeply resonates with our world today.  One of the oldest surviving plays in existence -this story will be re-imagined with 50 citizens of Edinburgh playing the pivotal role – the “suppliant” women.

Alice’s Adventures in Wonderland – 26 November – 31 December 2016. The ever Inventive Edinburgh born theatre-maker Anthony Neilson will return to his home town to make a magical Victorian version of this classic family story by Lewis Carroll for Christmas.

The Winter’s Tale – 9 February – 4 March 2017. Acclaimed artist Max Webster, who recently directed David’s enchanting adaptation of The Lorax, will direct Shakespeare’s timeless tale of love, betrayal and magic. Max will bring a distinctive Scottish flair with a cast of actor-musicians.

A Number – April 2017. As part of an exciting new partnership with the Edinburgh International Science Festival, renowned Scottish director and playwright Zinnie Harris will direct Caryl Churchill’s acclaimed sci-fi story about cloning and its consequences. This eerie production will be performed in an intimate ‘in the round’ space created on The Lyceum’s main stage.

The Hour We Knew Nothing of Each Other – June 2017. The citizens of Edinburgh take centre stage again in the season finale, a large-scale production directed by Wils Wilson. Written by Austrian playwright Peter Handke, in a translation by Meredith Oakes the production will feature a 100 strong, all-Edinburgh cast and a soundtrack of entirely new music.

***Additional strands include a series of Sunday Variety Nights to showcase musicians, poets and theatre-makers.