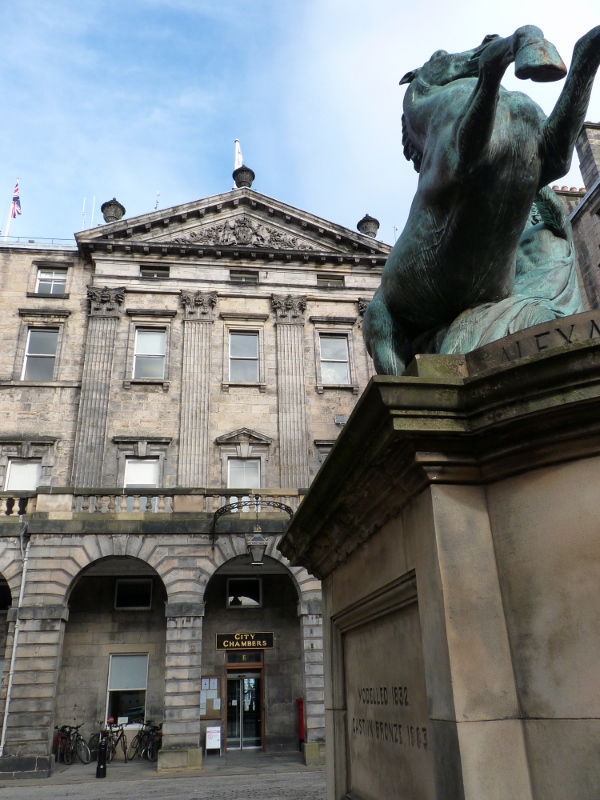 Scotland’s 32 local councils have made a rare appearance on the election hustings this week. The work-horses of politics have become the latest talking point in this “tax and spend” election, now just two months away.

The SNP government have finally announced what they are going to do about the much vilified council tax. Like all the other parties, they have now accepted that it is here to stay. All talk of replacing it with a local income tax has died away, it would be too easily avoided and would need to be set at too high a rate, 4 or 5 per cent.

Instead, the SNP say if they win the election on May 5th, the council tax freeze will go and councils will be able to increase their local tax by up to 3 per cent a year.  And there will be more differential between the tax bands, so that people living in the largest houses will pay 3.6 times what people in the smallest houses will pay ie up to £500 more per year than at present.

There will be some rebates for poor pensioners and poor families with children, but the First Minister Nicola Sturgeon told parliament that the new council tax would bring in an extra £100m a year which she hoped councils would spend on schools. This is to counter the Labour and Liberal Democrat parties’ offer of £500m for education, to be raised by a 1p increase in income tax.  It’s worth noting, perhaps, that all of this is only a gesture towards ending the Westminster government’s “austerity” programme which is cutting £1.5 billion from the Scottish budget each year.

However it is the first sign of a real fight-back against “austerity”, as opposed to a rhetorical response. And the local councils are being given the lead role in the battle. The SNP have gone further and hinted that councils will be given a share of the income tax collected in Scotland from next year onwards. Again this is intended to counter the opposition parties’ argument that the SNP is running a “centralising” regime where all decisions are taken in Edinburgh.

Mind you, plans for a new Scottish benefits agency, announced on Tuesday by the social justice secretary Alex Neil, sound like another centralised bureau handing out 11 different benefits under the new welfare powers being given to the Scottish Parliament. They will include disability allowance, attendance allowance, carers allowance, winter fuel payments, but not pensions or in-work benefits. Mr Neil promised the new Scottish welfare system would be more efficient and more humane than the Westminster model.

Ms Sturgeon made another of her Westminster offensives last weekend to join a protest march against the renewal of Trident nuclear weapons, an issue soon to be decided by the Westminster parliament. She was also in London to argue for a “positive” campaign for Britain to stay in the European Union.  With England increasingly divided over the issue and Scotland showing a 60/40 split for staying in, the referendum on 23rd June looks – at this stage – like producing a constitutional crisis for the UK.  Anything could happen….like another referendum on Scottish independence.

We have officially entered the meteorological spring and there has been more blue sky and sunlight, but also a dash of snow showers and high winds. The three months of winter were the wettest on record, producing widespread flooding in the Borders, Dumfriesshire, Perthshire and Aberdeenshire.

Strange things have been happening in the sky but none stranger than the meteor which whizzed past our part of the planet on Monday night. Within minutes, cyber space was full of camera-phone footage of the “fireball” and members of the public were phoning the police reporting aircraft out of control, missiles being fired, Tim Peake falling out of his space station. In fact it was a piece of rock “about the size of a tennis ball” according to the chaps from the Glasgow Science Centre. It was travelling at 25,000 mph at least, and missed us by just 20 miles. Space is clearly a dangerous place to be.

I want to end with a story of a man who was very much down to earth but whose obituary left my spirits soaring. It appeared in the newspapers on 29th February, the day he was born, back in 1920.  Bob Elliot, from Hawick, began life as a tweed designer in the local mill. He served as an engineer in the Royal Air Force during the Second World War.  He then went to Edinburgh University and became a maths teacher in Hawick High School for 30 years.

In his spare time Bob was a rugby coach and a keen tennis player. He met his wife Madge on the public tennis courts in Hawick and together they founded the local tennis club which produced a string of national champions.

In 1999 they were awarded an MBE for their work.  For more than 60 years he served as an elder in his local church and a general dispenser of wisdom and humour in his parish.  He died aged 95. What a wonderful and useful life.