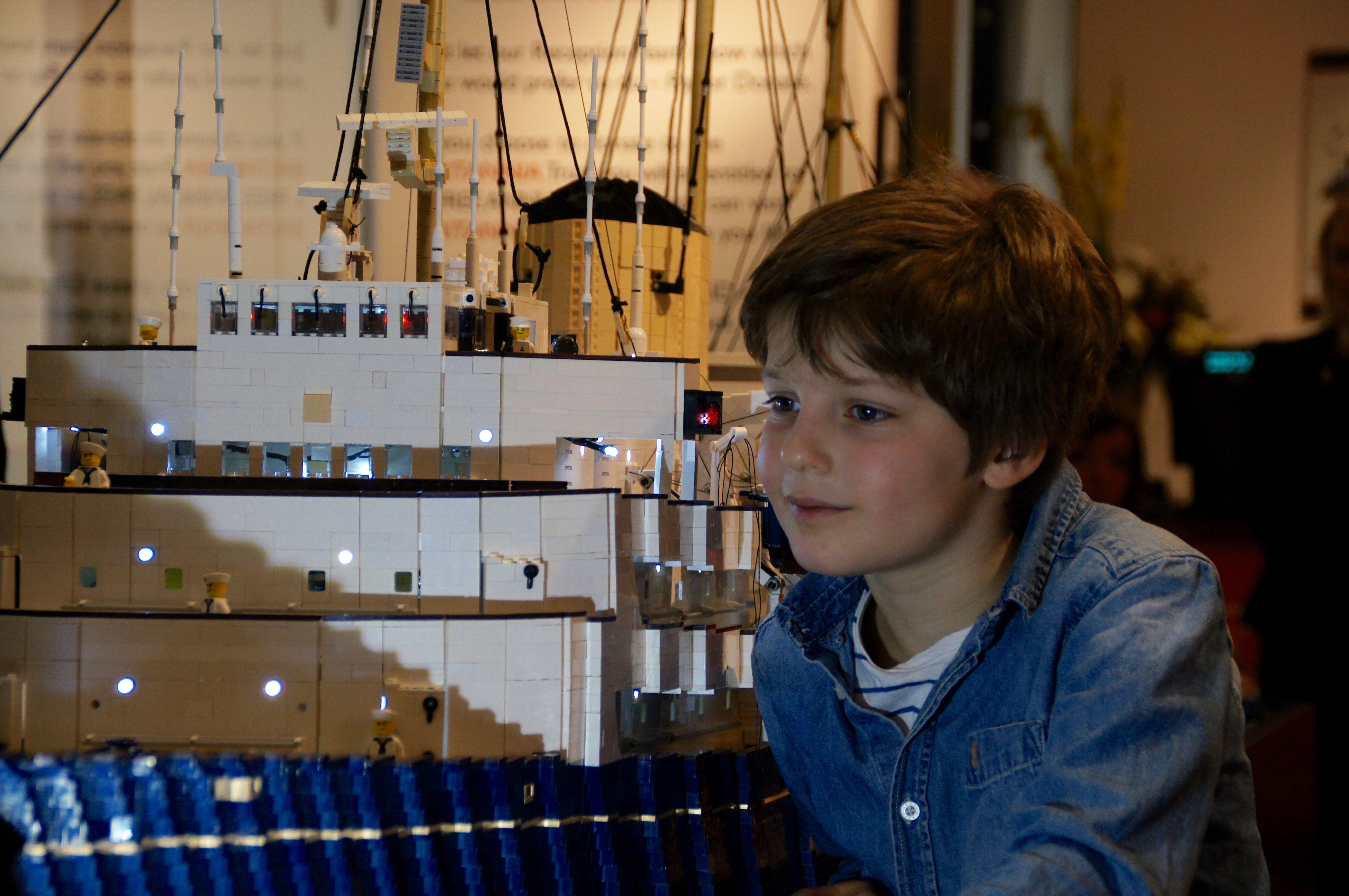 A new attraction was unveiled this morning at Ocean Terminal. Jim Mcdonough has spent the winter months creating a scale model of the Royal Yacht Britannia in LEGO®.

He used 40,000 pieces and has dismantled it three times! The Chief Executive of Britannia Bob Downie commissioned the Arbroath scallop fisherman to create a replica model of the yacht for display in the entranceway to the Visitor Centre.

Bob said he was thrilled with the result: “Jim has produced an outstanding replica model of the ship which will be on display during The Queen’s 90th birthday year and this unique piece is sure to be a highlight for LEGO® fans, young and old.” Jim told us that he had built the model in his kitchen from plans and had not actually seen the Royal Yacht till yesterday! He said: “It was an honour to be asked to build this. It is one of the most exciting projects I’ve ever undertaken, and being able to refer to the original plans, kindly supplied by Britannia, allowed me to produce this replica.”

The Royal Yacht Britannia lies alongside Ocean Terminal and has been voted Scotland’s Best Visitor Attraction for 10 years in a row and in TripAdvisor’s top 3 UK landmark attractions for two years.

The model will be on display now to coincide with VisitScotland’s Year of Innovation, Architecture and Design,