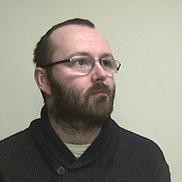 Scott Rennie was today sentenced to two-years in prison – reduced to 16-months – at Edinburgh Sheriff Court after pleading guilty to embezzling almost £55,000 from his employers.

Suspicions at the company were raised and an investigation by Police Scotland’s Economic Crime Unit was carried out.

Rennie was subsequently detained and then charged before pleading guilty to embezzlement and money laundering on 11th February.

Detective Inspector Arron Clinkscales from the Economic Crime Unit said, “Rennie had betrayed the trust and confidence of his employers and their clients to secure funds for his own means.

“His sentence should serve as a warning to others that Police Scotland has specialist resources in place to investigate financial crime and will continue to work with our partners in the Financial Services to identify corrupt employees who prove a threat to their businesses.

“If anyone has information relating to ongoing offences of this nature then please contact us on 101 or make an anonymous report to the charity Crimestoppers on 0800 555 111.”