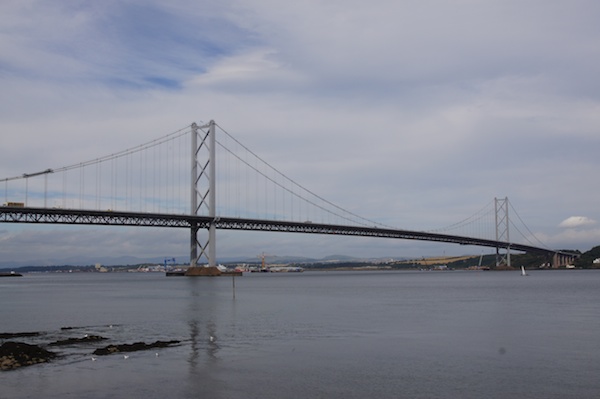 Just over 30 per cent of Scottish adults mainly between 16 and 29 have said that they would be more likely to use public transport than they were before the closure of the Forth Road Bridge.

The ESP Group conducted research into what transport in Scotland will look like in future and presented their findings at a parliamentary reception at Holyrood last night.

The results are interesting, particularly the fact that half of the respondents said they use public transport more than they did five years ago since it is cheaper than driving. (With diesel prices currently at 99p a litre we suggest that this view may be subject to some change!)

People who like to take their cars with them say that they like the independence of it over using the bus or train.

In the next ten years half of those asked said that they would expect to have one virtual ticket on their phones to allow them to travel seamlessly across all forms of public transport. In addition about a quarter thought that they might need to travel less as home working becomes more common.

The ESP Group produces travel passes for bus and train passengers across Scotland and has a call centre for travel enquiries in Arbroath.

Dr Steve Cassidy, Managing Director of Viaqqio, the future mobility company within ESP Group, said: “Whilst being disruptive, the closure of the Forth Road Bridge may have prompted travellers to discuss home-working opportunities, to change their work times and use other transport options. The introduction of a ‘new normal’ way of getting from A to B may have emerged which better suits people’s lifestyle choices resulting in more people now exploring public transport options.

“When major road closures happen traffic does often subsequently ‘disappear’ as people make a range of behavioural responses just as was seen in London during the closure of the Hammersmith Bridge in the late 90s. This can be positive for the environment and the economy as people find more efficient ways to travel and people who have not tried public transport for years realise it really can work for them.”