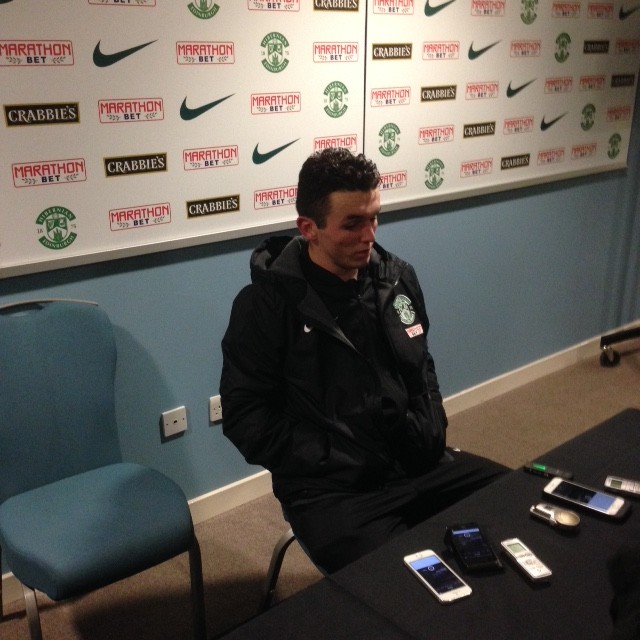 The comments suggested that McGinn had gone down too easily following a challenge from Luke Leahy and immediately after the game told BBC Scotland:  “John’s got to be careful he doesn’t become a player in the headlines all the time for going down.”

The comments sparked outrage on social media and television replays clearly showed that a penalty should have been awarded.

Referee John Beaton explained the reason behind his decision to Alan Stubbs but the Hibs’ Head Coach declined to let the media know what it was as it was told to him in confidence.

The decision could have cost Hibs a vital two points in the race for the Championship.

Speaking to the Official Website, Peter Houston said: “After reviewing the footage of the incident in hindsight John, who is an extremely talented football player, had a strong case for a penalty and fair credit to the lad for attempting to play on.  At the time of making the comments I hadn’t seen the footage properly, I’ve called Alan Stubbs this morning to apologise to John for the comments that were made.”