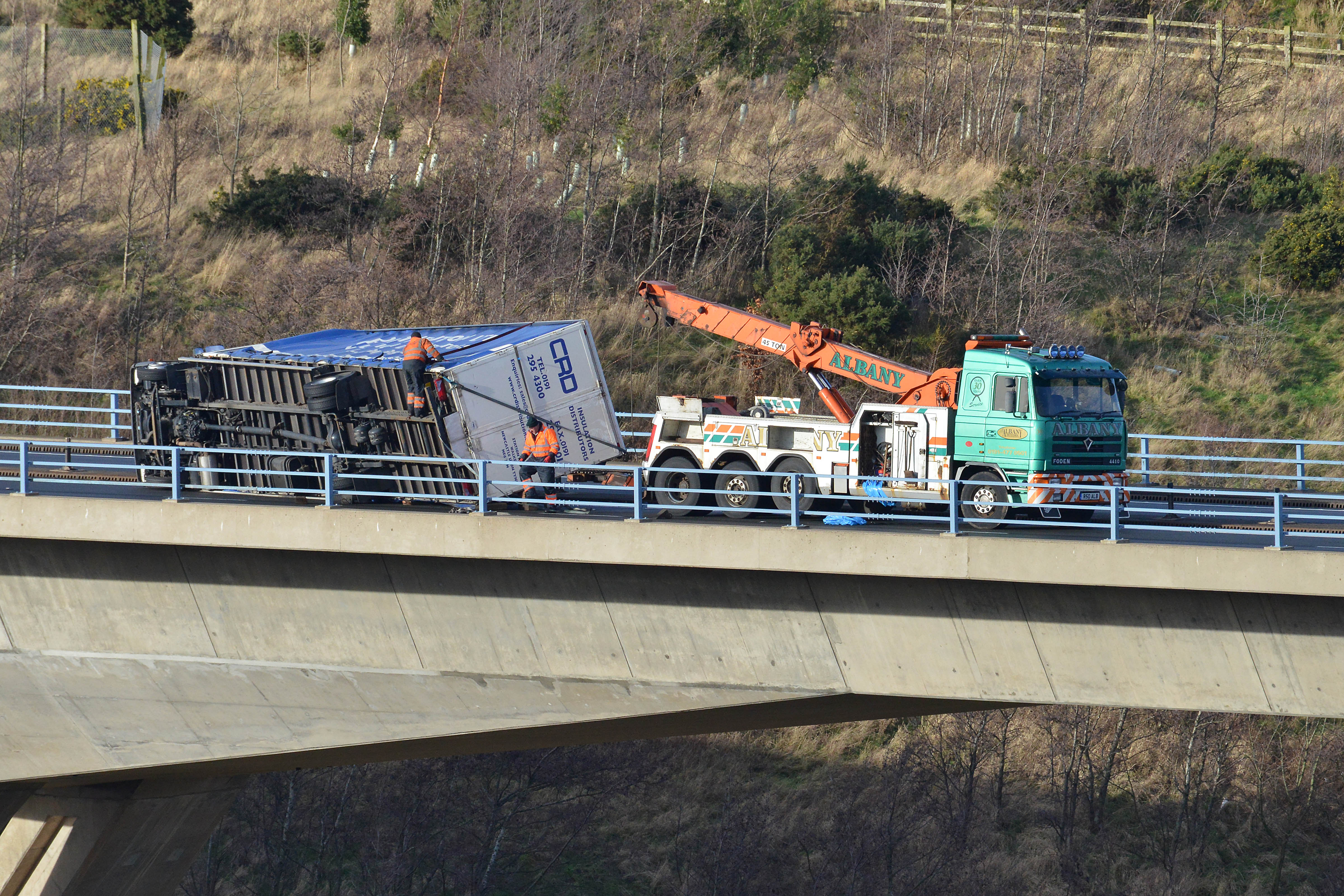 Photographer Jon Savage was in the right place today and took these photos of HGVs which came to grief on the A1 in the high winds.

These two toppled over on the bridge over the River Tyne between East Linton and Dunbar. One of them was in the central reservation and it took some time today to get the vehicles moved.

This is what Traffic Scotland had to say on Twitter later this evening:

@sambain27 Hi Sam, the HGVs are recovered & route open. As far as I’m aware drivers are well. Thanks for your concern. G