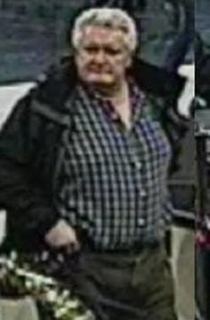 British Transport Police have today released a CCTV image of a man it is believed may be able to assist with enquiries after a passenger’s personal property and a sum of money was stolen from a train which terminated at Edinburgh Waverley station on Saturday, 19 December 2015.
The man got off the 16.28 Dunblane to Edinburgh Waverley service shortly after 5.35pm.
Constable Niall Bonnar, the BTP officer in charge of the enquiry, said:“A sum of money was taken from a passenger’s bag only a matter of days before Christmas and I am appealing to anyone who recognises the man shown in the photographs to contact me as a matter of urgency.”Police would like to speak to the man pictured and anyone who recognises him is asked to come forward. Anyone who has any information should contact British Transport Police on 0800 40 50 40 or by texting 61016 – quoting reference B4 of 27/01/2016.
Information can also be given anonymously to the independent charity Crimestoppers on 0800 555 111.