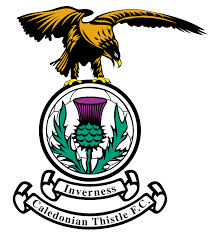 John ‘Yogi’ Hughes has signed a new two year contract with Inverness Caledonian Thistle FC, taking him through to the summer of 2018.

Assistant manager Brian Rice has also had his contract extended to cover the same period.

Hughes’s new deal comes almost to the day when he joined the club on December 4, 2013, during which time he has steered them to a Scottish League Cup final, fourth and then third in the Premiership, a Scottish Cup triumph last May and their first European tie.

John, whose existing contract was due to run out next summer, told the club website: “I’m extremely pleased that negotiations have been satisfactorily concluded and that my future lies with Caley Thistle.”

“It’s the outcome I really wanted as I’ve really enjoyed myself at the club and in the Highlands. The supporters have been excellent and there’s a tremendous spirit in the dressing room which I have worked hard to maintain and strengthen.”

“It’s a pleasure to work with such a wholehearted, committed bunch of lads. Brian Rice has done a first class job since coming in three months ago and I’m delighted that he’ll be at my side over the next couple of seasons.”

Hughes added: “Now that our business is done, my focus will be on re-signing, in the coming weeks, players who are out of contract this summer. This is vital if we are to prosper going forward and I’m very hopeful we can make progress on this front.”

Club chairman Kenny Cameron said: “It’s extremely pleasing that, having offered John the job two years ago and seen his selection fully vindicated, we’ve now persuaded him to put pen to paper through to the summer of 2018.”

“We’re happy to thus ensure that our management team are in place for the longer term. Continuity is vital for a club of our stature and we’ll be working closely with John to come to contract agreements with players who are willing to commit to continuing this club’s journey.”

He continued: “This season has seen the club’s worst ever injury crisis but players are now returning to fitness and available for selection so we go into the New Year in a much healthier situation and looking to regain momentum.”