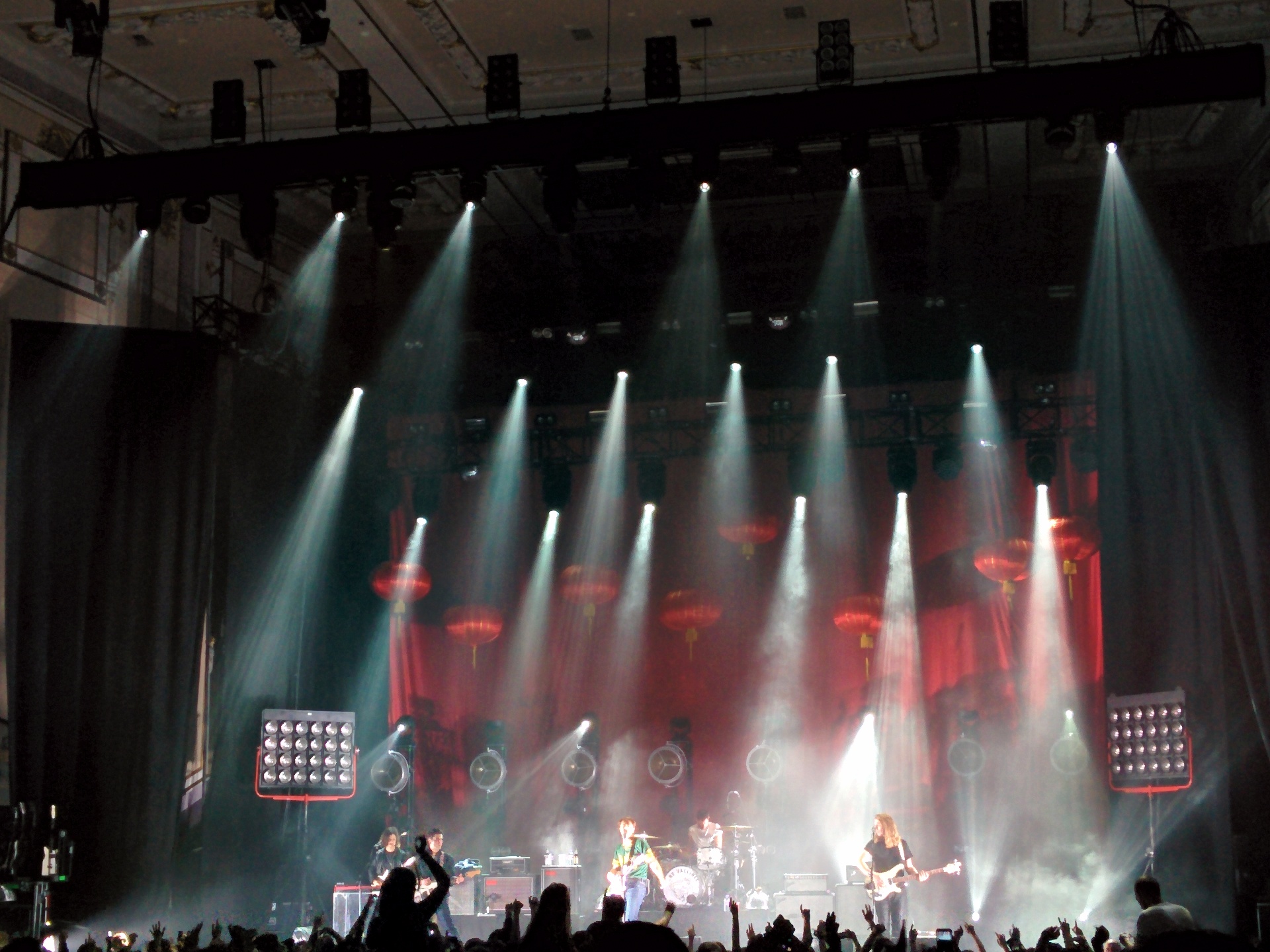 The Vaccines may be steadily declining in popularity, but their performance is still as mammoth and wild as it was when the band broke onto the mainstream scene four years ago supporting Arctic Monkeys. Three albums in and the music has not improved in my view, but even their impressive live performance is enough to make the new songs sound decent.

Usher Hall is perhaps too big a venue for The Vaccines to play with their unruly rock n’ roll style. (Wasn’t too illustrious for The Rolling Stones in 1964? Ed.) The four-piece sprinted through 21 songs from punky attitude to garage indie, from Ramones to the Strokes.  The crowd are with lead singer Justin Young, however, drowning him out in a solo acoustic rendition of ‘No Hope’.

Their latest album, English Graffiti, shows that The Vaccines are experimenting, perhaps in an attempt not to be the one trick pony indie band. But it’s clear that the majority of the young audience are looking for the early hits, and they certainly bounced on Usher Hall’s wooden floors, until cracks were surely appearing.

It’s evident that Justin Young has learned from the greats to improve his showmanship at the front of the stage. He commanded the audience by simply raising his hands – and the audience scream. Even though he said at the outset that he was a bit hoarse, every hectic track is performed just as well as it was five years ago. Besides Young, every other member of the band is lively, on-the-ball and engaging. They are almost at the top of their live game.

When Young name-checked T in the Park at the start of the gig, he was probably comparing the atmosphere. However, this gig in particular would have been better suited to Glasgow’s Barrowlands, as the seating arrangements in the Usher Hall took the edge off what could have been a spectacularly vibrant and connected show.

“Until next time” said Justin Young, perhaps meaning until they have a new album out and can play venues that fit the criteria for their music?