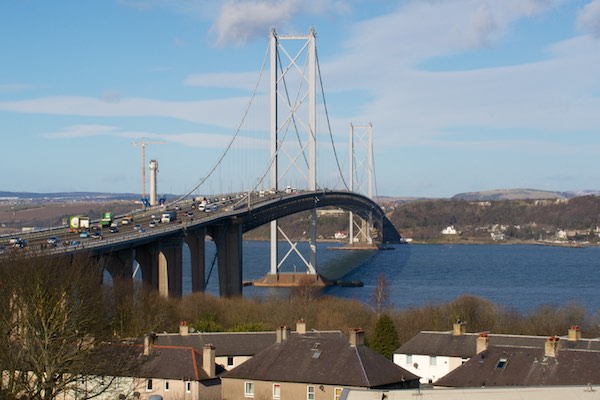 First Minister Nicola Sturgeon has chaired a further meeting of the Scottish Government’s resilience committee, where ministers were updated on steps being taken to minimise disruption following the closure of the Forth Road Bridge.

The First Minister, Deputy First Minister, Cabinet Secretary for Infrastructure and Transport Minister were updated on the plans already put in place to manage transport and traffic following the closure of the bridge on safety grounds earlier in the day.

The ministers were also updated by Transport Scotland, Scotrail, Police Scotland and others on the integrated travel planning that is underway for commuters ahead of the morning rush hour on Monday, with additional trains and buses being scheduled for the duration of the closure.

Police Scotland also confirmed that they had engaged with organisers of relevant events being held across Scotland as well as with football clubs whose supporter travel plans for fixtures on Saturday face disruption, providing them with relevant travel advice.

Briefing was also provided on the engagement already underway with businesses affected by the closure, with further work now being done to understand the precise impact on firms and how contingency planning will be used to support them throughout this process.

Further resilience meetings will be held across the weekend, with a detailed travel plan for commuters to be published before Monday.

“I am extremely grateful for the patience of commuters and businesses across Scotland following the disruption they have experienced since the necessary decision to close the bridge was made on safety grounds.

“Since the closure, Transport Scotland, Scotrail, Stagecoach, Police Scotland, local authorities and other partners have been working closely to minimise that disruption and ensure we put in place robust contingency plans for the duration of the works necessary to fix the bridge.

“During tonight’s meeting, ministers were updated on the latest traffic and travel situation, as well as the work being done to implement additional rail and bus services ahead of Monday morning and for the closure period. We will hold further resilience meetings throughout the weekend and a full, travel plan will be published detailing the additional services that will be available to those who need to travel.”