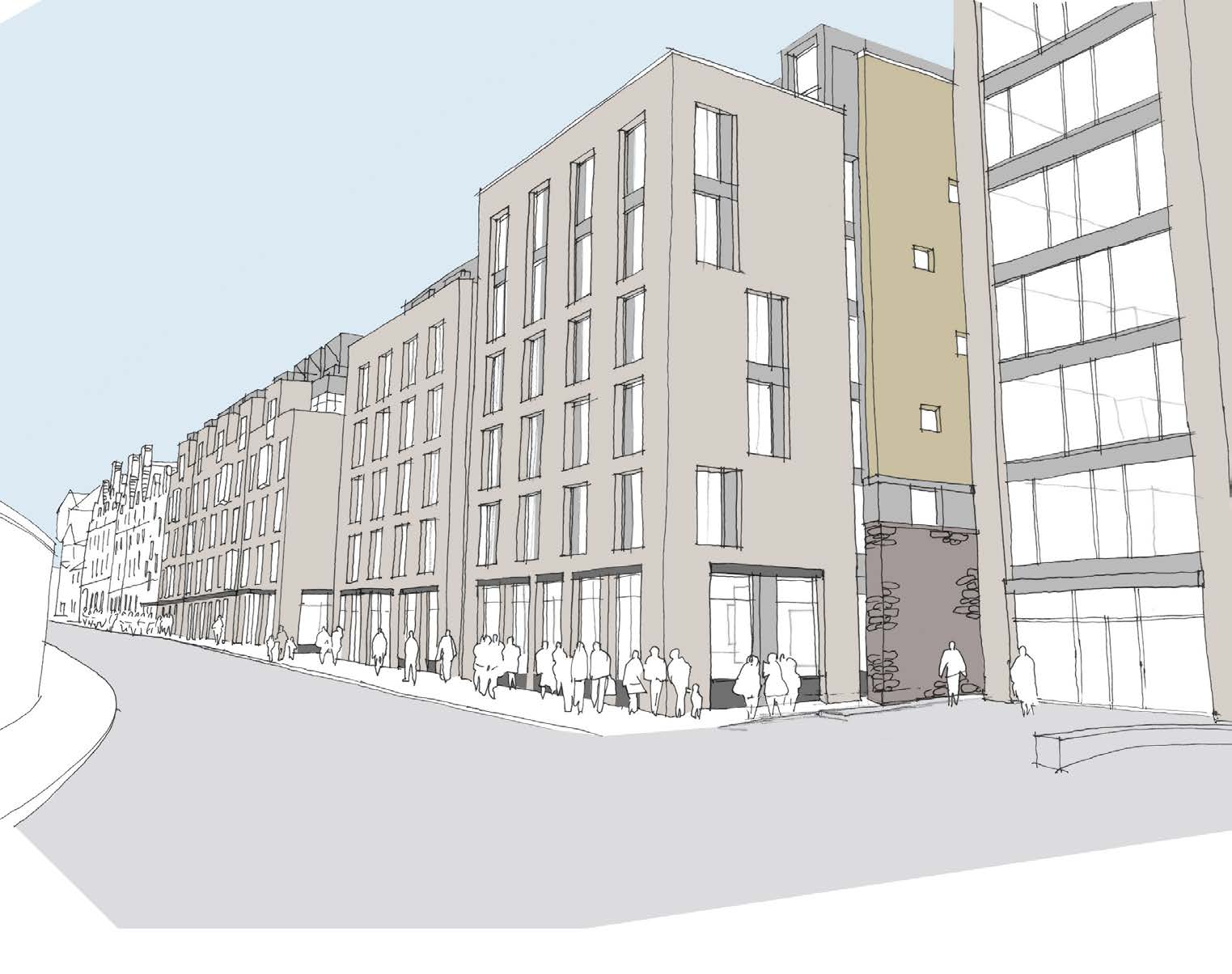 Plans have been unveiled for a mixed use development which includes student flats at a site on King’s Stables Road which has been lying empty for a number of years.

The proposed major development will include a hotel; studios, one and two bedroom flats (including 25 per cent affordable housing); student accommodation, a new public square with café to the foot of King’s Bridge and an arts facility.

The development also includes the current nightclub site and includes improved and enhanced public realm, including new routes and courtyards throughout, in-line with the character of the Old Town.

The current mix of buildings on the site – formerly Council offices, storage premises and workshops – have lain vacant since 2009 and were put on the market last year by the Council, who deemed them surplus to requirements.

The developers believe that the scheme, with its arts facility, will complement the Council’s wider aspirations for a new cultural quarter on the site of Argyle House and the linking of Castle Terrace with the Grassmarket and West Port.

King’s Stables Road has been identified by the Council as one of 12 “priority” development sites seen as crucial to the Capital’s economic future.

Peveril Securities is already active in the capital, working with Standard Life on a development in St Andrew Square to deliver office, retail and residential. This is due to be completed in June 2016.

Extensive community consultation has been undertaken on proposals for the King’s Stables Road site, including two rounds of exhibitions, ensuring the local community were well aware of and have played a part in shaping the proposals.

Knight Frank has been acting as advisers on the purchase of the site.

“This corner of the Grassmarket has lain neglected for a number of years, and these exciting proposals will breathe much-needed life into this part of the Old Town, providing a hotel, student accommodation, flats and facilities to accommodate and promote the arts.

“It was also pleasing to be able to incorporate the current Nightclub site into our proposals, a fact welcomed by the community, which has allowed us to improve public realm.

“We were highly sensitive to the fact that the site is within the UNESCO World Heritage site boundary, and as we worked our way through the planning process engaged closely with the local community, updating them on our proposals and listening to their feedback.

“We also want to ensure that the local; community and stakeholders have plenty of further opportunity to comment on the proposals, and have invited the Council to extend the period for commenting on the planning application until later in January, to take account of the Christmas and New Year holiday period.”

All the plans can be viewed here.