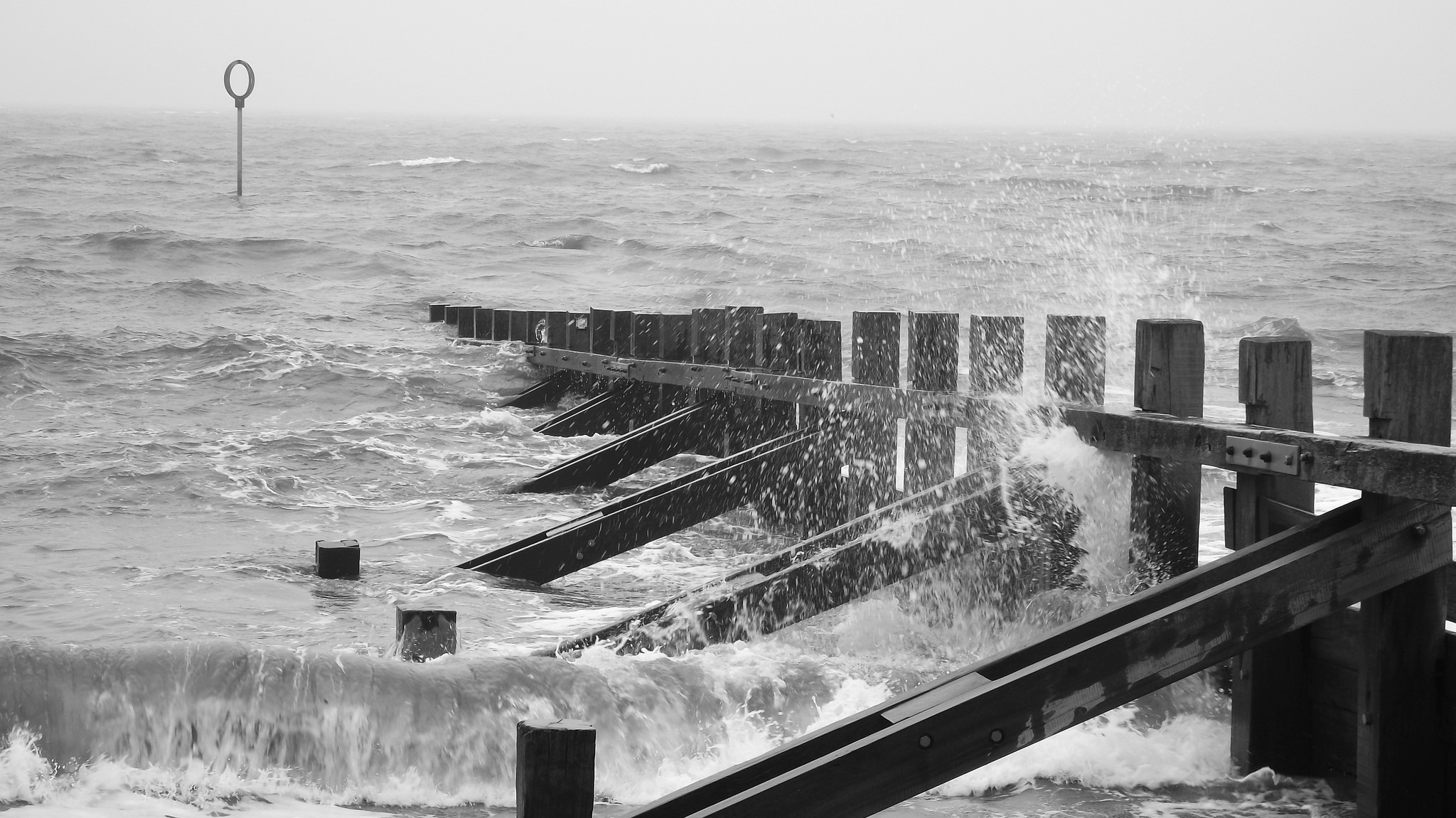 We need to talk about Abigail. No, not my four year old grand-daughter, but the first “named” storm of the winter.  The Met Office has taken to naming our storms as they blow in, to warn us more clearly of their coming.  The next one will be Barney…and so on, down the alphabet.  Of course, our storms are not as dramatic as the named American hurricanes, with their winds of 150mph, but they are alarming enough for our temperate country.

In fact, we’ve had a couple of storms already. Last weekend, winds reached 100mph in parts of the Highlands, and Dumfriesshire was drenched in 25mm of rain. On Monday, the winds reached 115mph, western coasts were lashed by 22ft waves and a big dump of snow fell on the Cairngorm Mountains. As I write though we are battening down the hatches for Abigail, with warnings on the radio of heavy rain, high winds and occasional thunder and lightning.  Schools are being closed, ferry services suspended.

I wonder if it’s all a warning from the gods that next month’s world summit on climate change had better produce results.  We had a warning this week from the UK Energy Secretary that the UK is still behind on its target to meet all its electricity needs from renewable sources by 2020, which may have a knock on effect here in Scotland.

It’s also been a stormy week for the SNP. The party at Westminster was furious that the Scotland Bill, granting more powers to the Scottish Parliament, was given such short shrift — only one day of debate for over 100 amendments.  The SNP were particularly peeved that their amendment giving Holyrood the  power to hold another referendum on independence was voted down – despite Labour abstaining.

The Bill has now completed its journey through the House of Commons and now heads for the House of Lords. So new powers over the rates and bands of income tax and new powers to top up welfare benefits are coming Scotland’s way. So too is control over abortion, despite a rear-guard action by some Labour MPs worried that Scotland might adopt stricter rules over abortion.

A sign of the increasingly prickly relationship between the SNP’s 55 MPs and their Westminster friends is the unlikely issue of Sunday trading.  This week the UK Government was forced to abandon its plan to loosen the laws on Sunday trading in England and Wales, because the SNP threatened to vote against. They argued that, although the changes might not have a direct effect on Scotland, they could lead to the big retail chains cutting the wages of shop workers all over the UK.

Back home, the First Minister Nicola Sturgeon faced a storm at Holyrood over a damning report from the Inspector of Constabulary on the police handling of 999 calls.  It follows the failure of the police to respond, for three days, to an emergency call about a car which had crashed into a ditch off the M9 near Stirling. The young couple inside both died.  The report listed a catalogue of problems – a shortage of call-handling staff, the hasty merger of local call centres, computer and record-keeping failures and a lack of proper oversight.

The opposition parties were not slow in pointing out that the M9 incident was not the only trouble besetting the SNP’s project to merge Scotland’s eight police forces into one.  There were the other matters of armed police, the use of stop-and-search powers, an unexplained death of a man in custody, the £25m VAT bill, the early departures of the Chief Constable and the Chairman of the police authority.

Ms Sturgeon said what both Labour and the Conservatives failed to mention was that they were also in favour of merging the eight police forces into one to save money and that crime was now at a 41 year low.  “The verdict that really matters,” she said, “is the verdict of the Scottish people and the latest opinion poll shows that 58 per cent of them intend to vote for the SNP.”   She was referring to a TSN poll which found that 58 per cent of respondents said they would vote SNP in the constituency elections next May while only 24 per cent intended to vote Labour.

There was bad news for the SNP, and everyone else, with the latest Scottish unemployment figures out this week.  The total over the summer rose by 11,000 to 6 per cent, compared with a fall to 5.3 per cent for the UK as a whole.  It’s yet another sign that Scotland is suffering most from the downturn in the oil industry.  The tax office, HMRC, added to the gloom by announcing it would be shedding around 2,000 jobs in Scotland over the next five years as it merges its 18 local offices into just three.

It’s been a bad news week too for the Liberal Democrats ( down to 4 per cent in that poll) as they watched their only MP in Scotland Alistair Carmichael trudge into court each day, accused of misleading his constituents in Orkney and Shetland in the run up to the general election last May. You may remember he at first denied he had authorised the leaking a false report about Nicola Sturgeon’s meeting with the French Ambassador, but after the election he admitted it.  It’s the first time such an election court has sat in 50 years and proceedings were televised – not to the lawyers’ advantage, it must be said. Their stumbling speeches looked to me like a lesson in slow dictation to a class of ten year olds.  But the two judges, unwigged, took careful notes and will give their verdict at a later date.

Finally some good news, the Ebola nurse Pauline Cafferkey is off the critical list and is recovering, for the second time.  She had the misfortune to contract Ebola while volunteering in Sierra Leone last year and she fell ill again a month ago, this time with a little known lingering effect of Ebola, meningitis.  On Wednesday she emerged again from her plastic tent in the Royal Free Hospital in London and is back in Glasgow.

It’s been a testing time for many people this week.  As the old hymn has it, may their anchors hold in the storm of life.