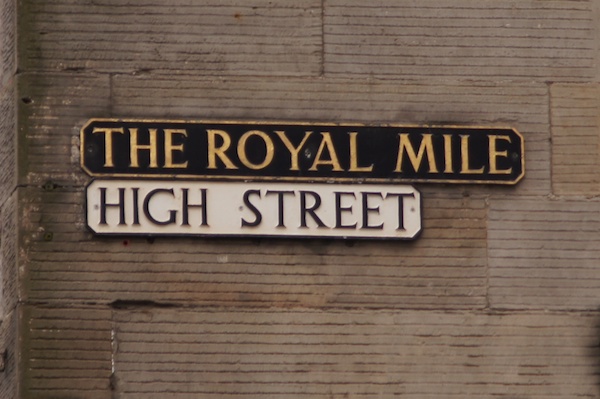 The UK’s largest printed poem will be unveiled in Edinburgh this morning, on National Poetry Day which is today!

Spiral, by Elizabeth Burns, will adorn a 25 x 8m banner overlooking the city’s famous Royal Mile.  The evocative short poem, inspired by the spinning motion of the potter’s wheel, was selected from a shortlist of five by a public online vote and will now remain on the Royal Mile until summer 2016.

The selection of Spiral as the winning poem has a special poignancy for friends and family of Elizabeth Burns. The poet, who was a descendent of Robert Burns and was educated in Edinburgh, died of cancer in August this year aged 57.

The poem will be read by Edinburgh Makar Christine de Luca on Thursday morning. Also in attendance will be members of Elizabeth’s family, including her sister Alison Burns, and her mother and husband.

The unveiling is part of the ‘Big Words’ project, a collaboration between The Scottish Poetry Library and Edinburgh’s New Waverley development.  The poem has been printed on to a huge scaffolding banner covering the façade of the historic Sailor’s Ark building on the Canongate, currently being transformed as part of the area’s redevelopment.

Representatives from the Scottish Poetry Library and New Waverley will also be attending the unveiling.