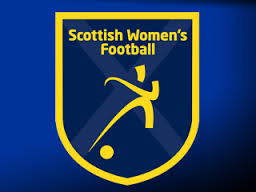 The pair join team mates Lizzie Arnott and Kirsty Smith in the squad.

The Scots face Norway tonight and manager Anna Signeul believes the match at Firhill tonight will be the perfect preparation for Tuesday’s European Championship qualifying opener in Slovenia.

Scotland are playing the 1995 FIFA Women’s World Cup winners for the first time since a 2-2 draw back in 2012. Norway occupy 10th place in the FIFA World Rankings and have lost just once in their past 15 games.

Speaking to the Scottish FA website ahead of the encounter at the home of Partick Thistle, Anna said: “We want fresh players for Tuesday, and we also want to give them game time. I reckon Norway will possibly do the same, since there are not as many friendlies these days. We need to play wisely tomorrow so we have a really good team for Tuesday, that’s the most important thing.”

“I also think he wants to try a few new players before they go to Kazakhstan. Their qualifying campaign kicks-off on Tuesday too, so they’ll be treating this game in a similar way to us.”

“What we must focus on is being very good against Slovenia. To do that, if that means that these players can’t play tomorrow then that’s okay with us.”

Norway come into the match on the back of reaching the last 16 at this summer’s FIFA Women’s World in Canada, where they were knocked out by England.  It will also be the first in charge for new head coach Roger Finjord, an opponent that Anna knows well.
She said: “I’ve known Roger for many years from his time as assistant coach with Norway. I don’t know if he’ll play the same way and with the same system. In the past, Norway have played 4-3-3 with the ability to change to 4-5-1, and sometimes they’ve switched to a 4-4-2. Norwegian teams are tactically very good. “