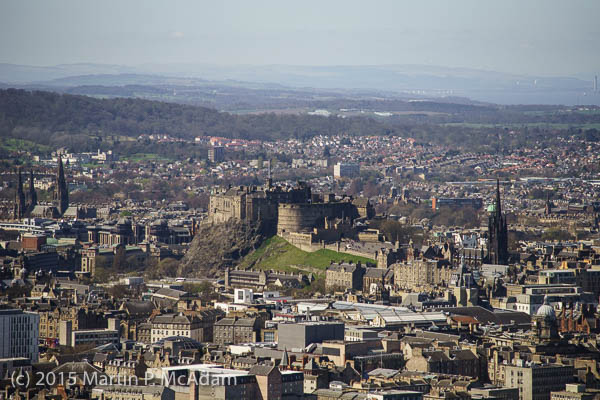 New data published today reveals that the Lothian Pension Fund has £237 million invested in fossil fuels according to Friends of the Earth. The fund provides pensions for council workers and related organisations in Edinburgh, East and West Lothian, and Midlothian.

The data will also show that across the UK local government pensions invest £14 billion in oil, gas and coal.

International action on climate change will leave these fossil fuel investments worthless, creating a ‘carbon bubble’ which would be deeply damaging to any funds exposed to them.  Fossil fuels companies have also fared poorly in financial terms in recent years.

He said: “Local authorities have a duty to cut carbon emissions under Scotland’s Climate Change Act. This, together with the growing financial risk, is a major factor Scottish local authority pension funds need to consider when making investments in the fossil fuel and similar industries.
“Divesting from fossil fuels is the prudent way for councils to meet both their fiduciary duty to members and their public law duties.”

The research, carried out by Friends of the Earth Scotland, volunteers and partners shows that 4.7% of the Lothian Pension Fund is exposed to fossil fuels, second only to the Strathclyde local government fund in Scotland.

Investments include a £20 million stake in Shell, £12 million in BP, and £28 million in coal companies.

He said: “Public pensions locked in to fossil fuel funds are financing dangerous climate change, and are a threat to the pensions of millions of public sector workers.

“Like many local authorities, Edinburgh Council has a strong commitment to cutting our greenhouse gas emissions, but we need to convert those fine words into action.”

Campaigners believe that this pension money should be invested in projects that would benefit the wider community and still provide a secure return on investment such as renewable energy or social housing. In February the Strathclyde Pension Fund announced a £10 million investment in smaller-scale renewables and in 2014 the Falkirk fund invested £30 million in social housing.

Maggie Anderson, Lothian Pension Fund member said: “The only thing that makes sense is to invest in renewables. We need to look to the future, not kill it by persisting with what belongs in the past. That’s what I would hope for from my pension fund, especially in Scotland which has so many natural resources of renewable energy.” “What we need is for more stakeholders, particularly individual pension scheme members, to make their voices heard so that there is pressure for investment strategies to reflect their wishes.”

Ric Lander, Friends of the Earth Scotland divestment campaigner said: “Communities around the world are calling for an end the environmental destruction that comes with coal mining, fracking and deep sea drilling.  Our pensions shouldn’t be fuelling this damage: we should be redirecting this money to socially useful projects such housing and clean energy.

“Across Scotland folk from churches, unions, universities and local communities are starting to question why so much of their money is invested with so little accountability.  It’s time for investors to listen the call to invest in our future.”

Scottish organisations which have begun divesting from fossil fuels include the United Reform Church, University of Edinburgh and University of Glasgow. The California Public Employees’ Retirement System and the Norway Pension Fund have also divested.

On Tuesday Fossil Free campaign supporter Leonardo Di Caprio announced in New York that his charitable foundation would join $2.6 trillion (£1.7 tn) of other funds who have divested from fossil fuels to date.