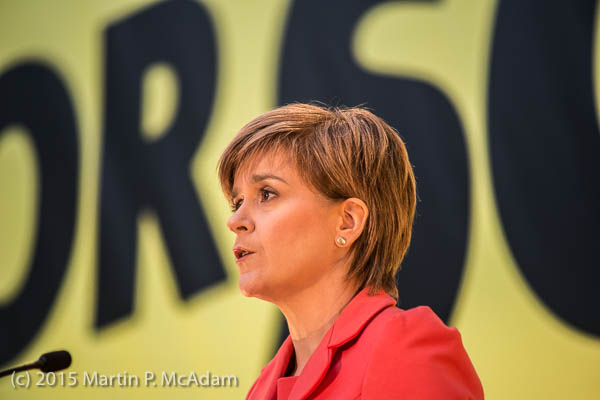 The Scottish Government has announced an additional £16 million a year to help students from low income families to stay in education.

Latest figures show that grants were provided to 34,955 school and college students in Scotland in 2013/14. The First Minister made the announcement at Oban High School this morning as part of Cabinet activity in and around the town.

She said: “The Scottish Government is committed to helping families on the lowest incomes and ensuring that background and income does not hamper the prospects of our young people.

“EMAs have already helped thousands of young women and men in Scotland stay on in education to build up their skills and employability. From January, an additional 22,000 16 to 19 year olds will be eligible for the weekly grant, which is in stark contrast to the Westminster government who removed EMAs from England a number of years ago.

“We remain committed to the continued availability of EMAs in Scotland to help even more school pupils and college students continue their studies and fulfil their potential.”

“EMAs are a lifeline to the students who receive them, contributing towards books, travel costs and other expenses, giving many of young people from disadvantaged backgrounds an extra incentive to stay in education and build up their skills and employability.

“Recent months have seen record levels of youth employment, record levels of school leavers staying in positive destinations and positive figures for entry to and qualifications from Scottish Higher Education. While there is still work to be done on improving attainment and access, we are giving Scotland’s young people the very best chance of success.”

“Improving educational attainment and providing children in our area with the best possible start is a priority for Argyll and Bute Council. We are very proud of our young people; the latest figures show that 91% of school leavers in the area have gone on to employment, further or higher education, or training.

“We recognise and welcome this important increase in the funding of the Education Maintenance Allowance and the benefits that it will provide for an increased number of our young people.

“We took an important step last week to providing children in Oban with a fabulous new school to be part-funded by the government’s Schools for the Future programme.

“Education prospects in Argyll and Bute are getting better and better.”