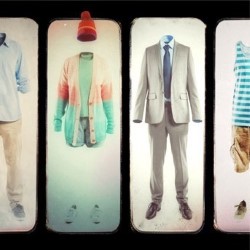 We always admire young people who come up to the Edinburgh Festival with an ambitious play.
The play chronicled the crossroads that four young people were at on a particular night.

The strongest part of the play was the use of multi-media which was excellent and brought depth and meaning to the piece.

All four actors brought something to the piece. There is a tremendous physicality, especially in such a confined space.
But you are rooting for the four of them as the skilful actors make you want them to succeed.

Yes, it does lose its way and lacks a convincing conclusion but if we lived in Ipswich, we would be checking out this theatre group.