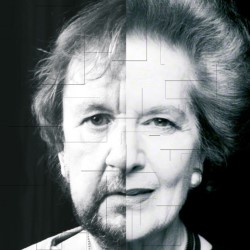 There were people in the midday show, who had seen his Churchill and his Hitler and were now going for the hat-trick.
They were not disappointed in what was a wonderful one man show of a one off woman.
Tour-de-force is an over-used word but this was.
From his portrayal of the conflicted actor preparing to go on, to the speech “she” makes early on.
But then there is the Q and A with the audience, which was very skilful indeed.
Every question answered and all in the tone, in the style and directly as you would expect from the controversial prime minister.