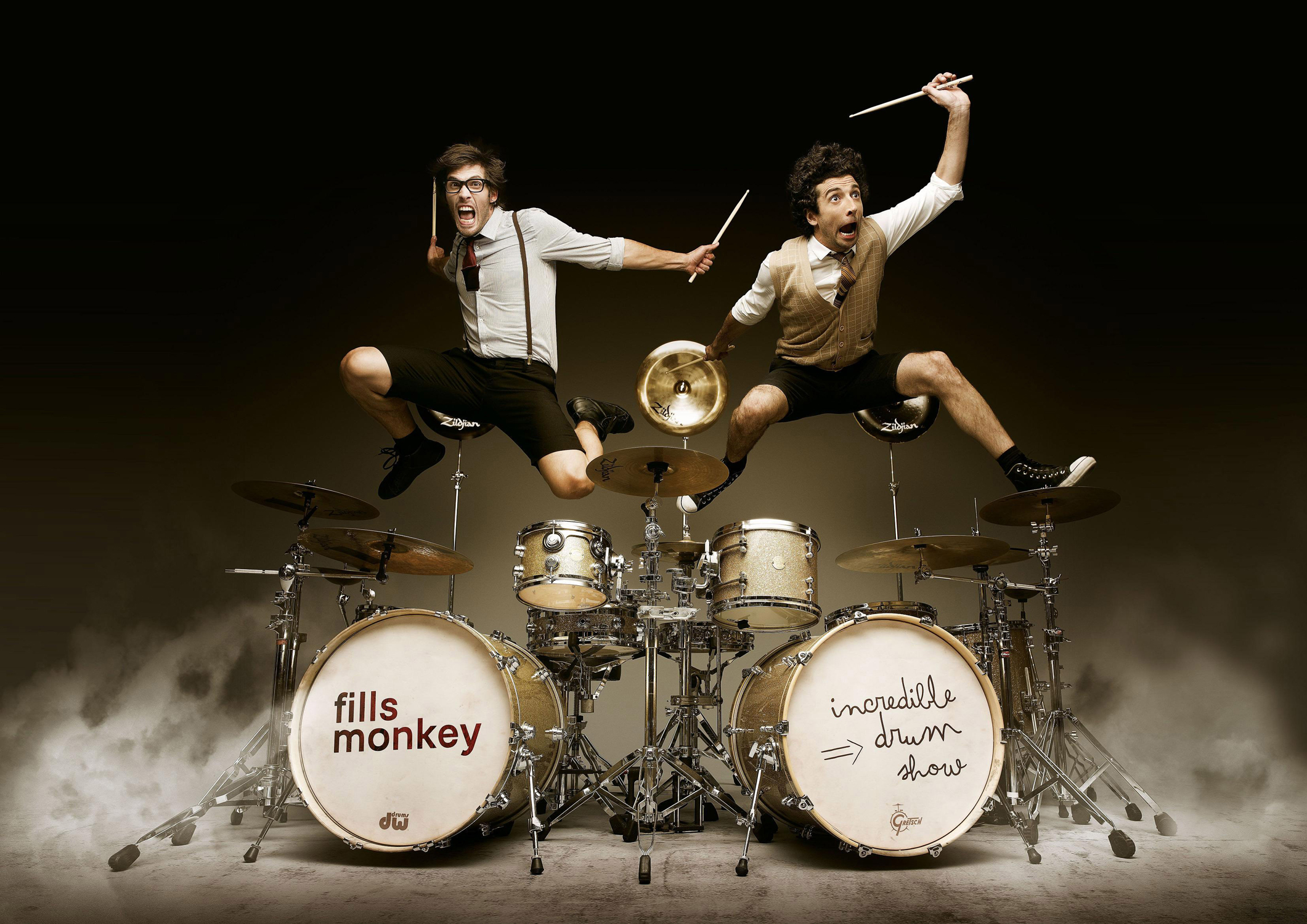 A sensational humour-rhythmic mayhem infused drumming extravaganza and it’s coming to the UK for the first time at this year’s Fringe.

The French illegitimate sons of Stomp (with a hearty dose of Animal from The Muppets) bring their sensational smash hit humour-rythmic drum show to the UK for the first time.

The Incredible Drum Show is a completely crazy polyrhythmical hour where anything percussive can happen – and almost certainly will! Bursting with contagious energy it’s a show unlike any other with quirky humour, top-notch staging and two of the most skillful drummers you’ll ever see.

The show arrives at the Fringe fresh from sell out tours of France, Belgium, Switzerland and Canada where audiences aged 7 to 77 lapped up the irrepressible humour and frenzied rhythmic mayhem, inevitably ending in standing ovations and audiences air drumming all the way home.

The Incredible Drum Show is a highly visual experience with superb lighting and production values. As well as virtuosic drumming there’s choreography, juggling and mime, sound effects, unexpected props and heaps of surprises – you’ll not only see tennis racquets used as drumsticks but tennis balls too – and in turn drums being used for tennis practice.

With their twin kits set up alongside each other, Sébastien Rambaud and Yann Coste are natural performers. Their limbs become a blur as they demonstrate their impeccable percussive skills. Their unique brand of mischievous humour is never far away as they indulge in a not inconsiderable rivalry.

Sébastien and Yann first met in 2005 when they were demonstrating drums and percussion at a trade fair. They immediately hit it off and discovered they had a shared interest in promoting their trade beyond the usual ‘drummer at the back’ role. They kept in touch and Fills Monkey was born in 2009. Since then the dynamic drumming duo have honed their act to perfection, selling out theatres, breaking records and becoming international festival sensations.

Sébastien ‘Seb’ Rambaud discoverd music in 1994 studying drums, orchestral percussions, piano and jazz guitar simultaneously. He has played in and recorded with several well known bands in his native France and written music for a number of albums.

Yann Coste began playing drums at the age of 11 at the Agostini Academy in Lyon and has been playing professionally in bands since he was 16. As a drummer and guitarist, he has numerous tours and sessions under his belt.

The show has enjoyed rave reviews with both Le Monde and Le Parisien giving it 5 stars. In POaris actor Euan McGregor took his daughter to see it twice!