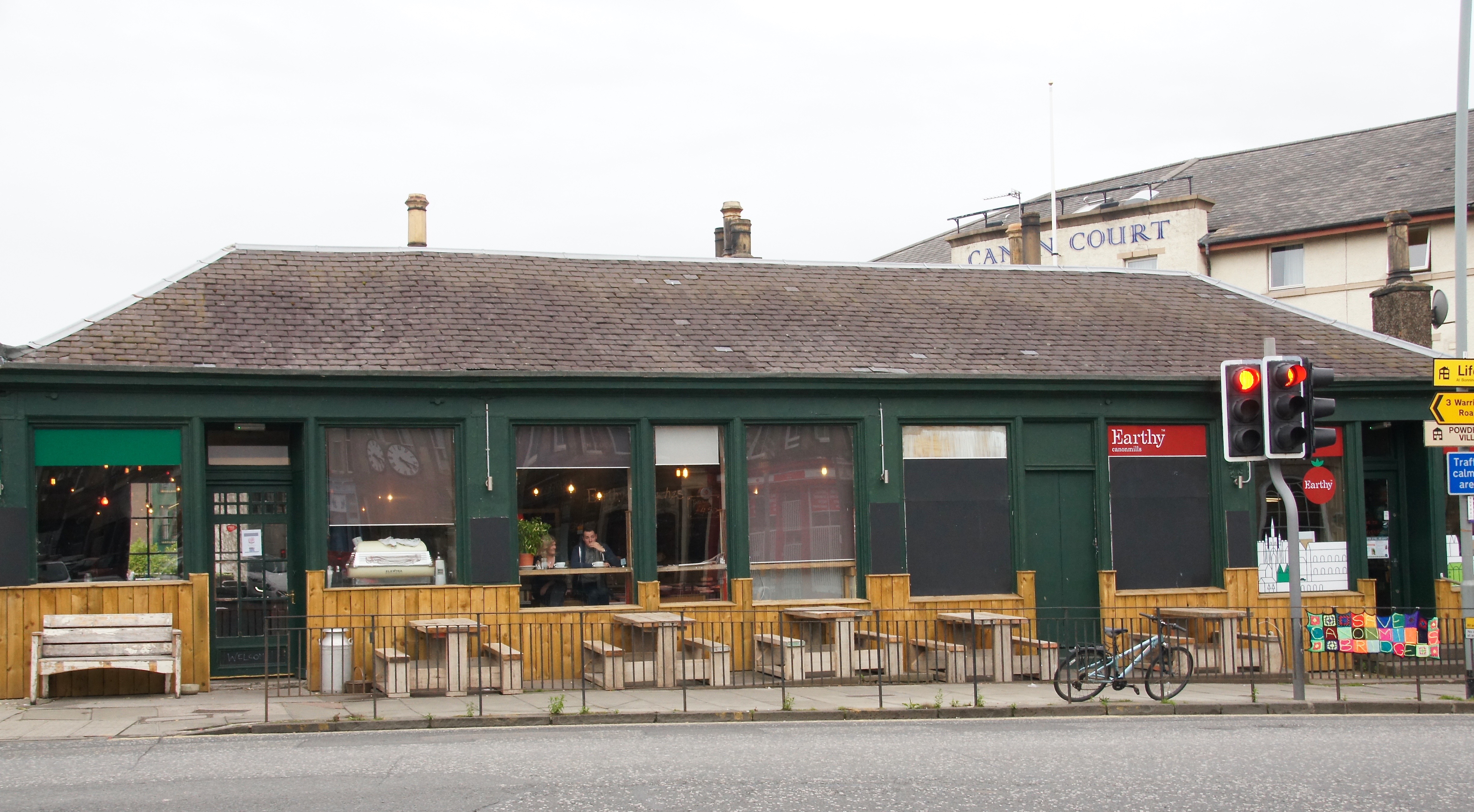 Despite the fact that the recommendation to the planning committee tomorrow is for the building at 1-6 Canonmills Bridge to be demolished, that decision may be deferred according to the campaigners fighting against it.

In the report before the committee tomorrow there is a condition attached to the recommendation for approval that the matter be referred to Scottish Ministers. That coupled with some support from local councillors may affect the decision.

The Edinburgh Reporter met the campaigners tonight in a local pub where they were meeting to discuss tactics to be used before tomorrow morning’s Development Management Sub Committee at the City Chambers.

Their campaign has gathered almost 4000 signatures on an online petition, and this along with their activities on Facebook and other social media has brought the site to public attention.

The shop which is occupied by Earthy at this time is not listed, although it does lie in a conservation area. But the planners believe that the demolition would not ‘have an adverse impact on the character or appearance of the conservation area.’ In fact the campaigners are not too worried about retaining the building, but they are worried about what might replace it.

Planning permission was already granted in 2009 for the replacement building which is planned to be an L- shape including 2 restaurants, 6 flats and 3 town houses, but now the site owners need permission to demolish the existing structure.

A total of 117 representations were made to the application to demolish 1-6 Canonmills Bridge including representations from Councillors Hinds and Gardner, although the local community councils did not voice any objections.

Here is what the campaigners had to say:

Campaigners who are against the demolition of 1-6 Canonmills Bridge met us on the eve of the decision by the City of Edinburgh Development Management Committee as to whether it may be demolished or not. Planning permission for its replacement already exists, but the campaigners feel it is too big for the site and is out of keeping with the buildings around it.