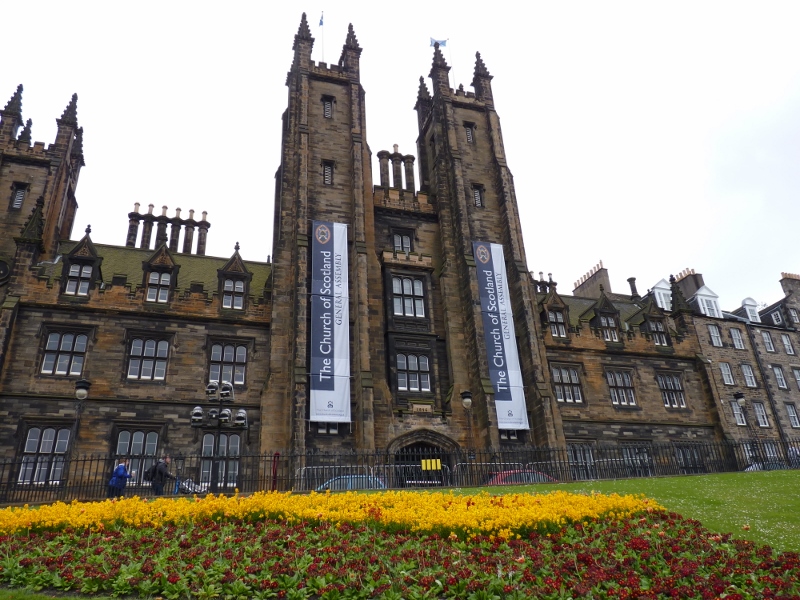 The Church of Scotland found itself this week on the devil horns of a dilemma. No, I’m not referring to ministers in same-sex marriages or fracking or inequality or the plight of refugees – all of which the church’s General Assembly debated – but to the “living wage.”  On the one hand, the Kirk is in favour of the living wage of £7.85 an hour but, on the other hand, it cannot afford to pay that rate to its own the auxiliary staff in its extensive network of caring establishments.

The problem is that 70 per cent of the funding for the church’s “Crossreach” nursing homes, children’s homes and addiction centres comes from local authority or health board grants and such grants are based on the minimum wage of £6.50 an hour.  So what is the church supposed to do?  Hire fewer staff and watch standards fall? Or make do with the minimum wage and hope that the local authorities eventually see the light?

It’s a dilemma facing many institutions and companies and it was highlighted this week in a BBC documentary “Low Pay for Life.”  It found that only 10 out of Scotland’s 50 largest companies are paying the Living Wage.  At first minister’s question time, Nicola Sturgeon told MSPs she too is in favour of the Living Wage – and all central government staff are paid at least that – but she can only exhort local authorities and private companies to raise their pay since minimum wage legislation is reserved to Westminster.

I can’t help feeling, though, that a legal Living Wage is on the way. All parties at the election promised to raise the minimum wage –  the Conservatives to £7 an hour, Labour and the SNP to £8 an hour and the Greens and the Socialists to £10 an hour.  It cannot be right that someone working an average 35 hour week should have to rely on welfare benefits to meet basic needs. That amounts to a subsidy to the employer. The fear, of course, is that low-skilled people will be priced out of a job. But employers said that would happen when the minimum wage was introduced in 1999 and they were proved spectacularly wrong.

The Royal Bank of Scotland proved me spectacularly wrong this week.  I thought its misbehaviour was brought to a swift end in the financial crash in 2008.  Not so.  The wide boys in the foreign exchange department continued fixing the exchange rate until 2012, even while other departments were being fined for fixing the domestic interest rate, Libor, or mis-selling insurance policies. And it has taken the American authorities, not the toothless British regulators, to bring the bank to book with a fine of £430m.  Only two people have been dismissed over the scandal and no one jailed.

Another Scottish company, Scottish Power, came in for a hiding this week over its inability to answer the phone.  “Which” magazine found that Scottish Power’s customer service call centre to be the worst of all the large firms’.  A typical waiting time on the phone was 20 minutes and when customers did finally speak to a human being, one in ten found that he or she hadn’t much of a clue what they were talking about.

Another business story which surprised me this week was the appointment of Dave King to be a director, and likely chairman, of Rangers Football Club.  He was deemed to be “a fit and proper person” to return to the directors’ box by the Scottish Football Authority, despite his conviction on 41 charges of tax fraud in South Africa.  His explanation that it was all a misunderstanding and he had repaid the tax bill was obviously enough to satisfy the wise men of the SFA.  Mr King’s hint that he is willing to pump £20m into Rangers may, of course, have helped them make up their minds. As regular readers will know, Rangers have been in trouble with the tax man before, so let’s hope they have made the right decision.

From one murky business to another…politics.  The Labour leadership contest is cranking up in Scotland with Ken Mackintosh, the MSP for East Renfrewshire, declaring that he would like to run for the top job for a second time.  Kezia Dugdale, the smart young woman who is currently deputy leader, is expected to announce her candidacy in the next few days.  She did a pretty good job on Thursday, holding Nicola Sturgeon to account at First Minister’s question time over the doubling of student debt while the SNP has been in office.

But finally, this is nothing compared to the murky business of the Edinburgh  Speculative Society.  Why, everyone is asking, has it taken 250 years for the boys in this secret club to agree to women being members   And why, when it’s supposed to be totally independent of Edinburgh University, has it occupied three rooms in the old quad for all this time without paying a penny in rent ?

The answer my friend is blowing in the wind…and we’ve had plenty of that this week.