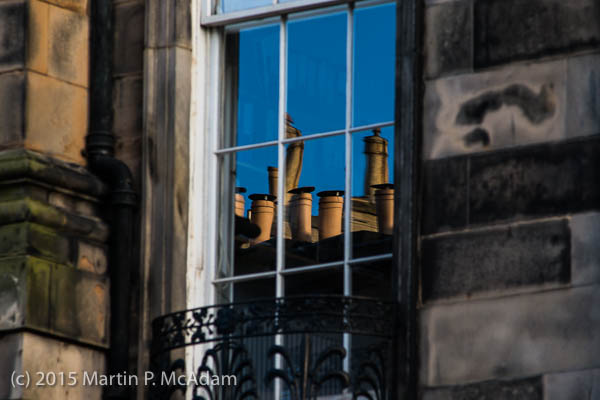 Act of Remembrance at Rosebank Cemetery
Pilmeny Youth Project
Lady Haig’s Poppy Factory
Lothian Buses appoint new directors
Travelshop closed for refurbishment
There will be a service at Rosebank Cemetery at 11am this morning attended by HRH The Princess Royal, The Lord Lieutenant The Rt Hon Donald Wilson and Colonel Martin Gibson OBE DL, Chairman of the Regimental Trustees of the Royal Scots (The Royal Regiment). The First Minister Nicola Sturgeon will also be in attendance.
Wreaths will be laid at the Memorial Cross in the cemetery to mark the 100th anniversary since the Quintinshill Train Disaster. The Princess Royal will attend in her capacity as Patron of The Royal Scots (The Royal Regiment) Regimental Association.
The train disaster occurred on 22 May 1915 when a troop train carrying 498 members of 1st /7th (Leith) Battalion The Royal Scots on their way to Gallipoli by way of Liverpool crashed into a stationary local passenger train parked up on the southbound line at the signal box just to the north of Gretna. The crash became catastrophic when the late running Euston to Glasgow train then ran into the wreckage.
It took three hours before emergency services reached the scene and in total 228 from the three trains were killed. Of these 216 were from 1st/7th (Leith) Battalion The Royal Scots. This was and remains the worst loss of life on British railways.
There will be a service, act of remembrance and then laying of wreaths at the mass grave in Rosebank Cemetery, followed by a march past by those on parade.  Descendants of those killed in the crash will attend the cemetery where admittance is by ticket only.
The Lord Provost writes:

It is very difficult to imagine the impact of this moment in local history by simply reading the facts but the huge community loss will be brought back home today.

The tragic procession that took place along Leith Walk on the day these brave men were laid to rest will be poignantly commemorated today when a similar walk along the same route will be taken by myself, service personnel and many others.  If you are reading this before these important events have taken place, I urge you to line the streets and gather in Pilrig Park if you can to pay respects to those who lost their lives.

We have it on record that – including the coffins resting in Rosebank – a total of 228 people lost their lives on 22 May 1915, with 216 of them from the Royal Scots. Many Evening News readers will have distant relatives who were affected, and in fact over 100 descendants are expected at the service today. You might even have a link to one of the victims from Musselburgh or Portobello, or simply a connection to the communities involved in this bleak moment in the history books. What matters is that this local history is remembered and that those who lost their lives are in Edinburgh’s thoughts.

As the 498 troops from the Leith Battalion boarded the train to journey to Gallipoli via Liverpool, they knew they would be heading to conflict and were risking their lives. The tragedy is they didn’t make it to the front and they didn’t even make it out of Scotland but their sacrifice was the same as those who lost their lives in any other theatre of war. That is why today’s remembrance events form such a large part of 2015’s WW100 commemorations.

I will be laying a wreath at the Memorial Cross at 11:15am today as Lord Provost on behalf of everyone in Edinburgh. It will read:”A particularly tragic event among so many tragic events.” I hope you will join me there, with your presence or in your thoughts.

Elsewhere in Leith there have been arts and history projects conducted over recent months which remember and commemorate the dead from the terrible rail disaster which has many links to Leith. Bryan Maughan of Pilmeny Youth Project has been the mastermind behind some of the initiatives which have now all been drawn together in a really innovative way and which have involved many diverse people, groups and organisations too.

The Tree of Life is part of the Gretna 100 Project which is on display at Out of the Blue Drill Hall until the end of the summer. This is a Heritage Lottery Fund arts project to commemorate the Leith soldiers.  The Gretna 100 project aims to enable Leithers to connect with the disaster that devastated the community 100 years ago.

Bryan instructed the Lady Haig Poppy Factory to construct a 1,000 poppy wreath which will be on display in a permanent location eventually, and which we had the honour of photographing this week.

The youth project leader admitted to The Edinburgh Reporter earlier in the year that this was a big project and it has been very collaborative involving Leith Academy whose pupils researched details of those who died, Pilmeny Youth Project who facilitated it, a sculptor Heather Thomson who has made a glass stained glass poppy wreath, Citizen Curator who are behind the Gretna 100 project and artist Jan-Bee Brown.

The fact that the Heritage Lottery Fund were prepared to fund projects to commemorate WWI did not pass Bryan by and he has thought up some ideas to keep this tragedy alive in the memories of local people.

“My initial research was intriguing. I found so many people who lived in the area around the centre that we work in. They had walked the same streets we had. One night I found a casualty list with addresses on Google (in the early hours of the morning!) and there was one soldier who lived at my address in Buchanan Street, Daniel Macnamara. I felt very drawn to the project after that and the next day went on to commission the stained glass.

“Heather told me about the Tree of Life in the Botanics. I knew that the War Office issued ID tags during the First World War which we believe was the first time this had happened, so we came up with the idea that we would produce a tree with ‘name tags’ on it.

“Our research tells us that there was some suppression of the news at the time. It was war time and so I understand the reasons for that. There were so many tragic incidents at this time and while it had impact on many families, many of whom were in Leith, there were other tragedies taking place too. But one of the reasons for this project is to spread the news of this incident now.

“Following many conversations with Jean West a Times journalist who wrote about the disaster some time back, we decided to chalk poppy stencils on the pavement with the names of each man who died. There were 216 so they are on the pavements of Leith now. I would love everybody to have a look at these poppies and wonder why they are there.

“I kept coming up with other ideas and really have had to be reined in!”

There is a theatrical production called Persevere being staged at The Out of the Blue Drill Hall  for which there may still be tickets for Saturday evening’s performance here.

A group of community actors from Active Inquiry and Strange Town Young Company have researched and devised a piece of promenade theatre, Persevere, which guides the audience around the Drill Hall and enables them to catch glimpses of stories of Leithers 100 years ago saying goodbye to sons and brothers, hearing the news of the crash and coping with the aftermath. There will be further performances in June and August this year.

***
The Edinburgh Reporter went to Lady Haig’s Poppy Factory to meet Neil who had the job of making the poppy wreath to Bryan’s specification.

If this is approved, Charles Monheim will be appointed as chair, with Charlene Wallace and Andy Neal as additional non-executive members.

The new members will join non-executive directors Councillor Lesley Hinds (Chair of Transport for Edinburgh), Councillor Adam McVey, Councillor Joanna Mowat and Councillor Nigel Bagshaw. Recruitment will fill a number of positions which have become or are due to fall vacant due to resignations or the expiry of the term of the appointment.

It is also proposed to extend the appointment of Donald MacLeod, one of the existing non-executive directors of Lothian Buses, for a further two years.

Council Leader Andrew Burns, said: “These new appointments will really help us to look to the future of public transport in Edinburgh and to achieve our vision of a first-class, fully integrated service, combining Lothian Buses and Edinburgh Trams.

“I believe our new members will bring the perfect mix of transport, business and management expertise to the companies, along with a wealth experience, which will be pivotal as we continue to improve the city for public transport-users, pedestrians, cyclists and drivers alike.

“That said, we have already achieved so much in Transport for Edinburgh’s first year, with excellent customer satisfaction, increasing patronage and a host of new developments on the way. Therefore I would also like to thank outgoing members for their contributions, particularly Tony Depledge, who stepped in as interim chair to guide the company during a very challenging time.”

The appointments will be approved at the next meeting of the City of Edinburgh Council on Thursday 28th May when councillors will be invited to vote on the recommendations,00

Passenger InformationHanover Street Travelshop has closed for refurbishment. Your closest Travelshop can be located on Waverely Bridge.http://yourb.us/1FonTIY