The game will kick off at 12.45pm and will be shown live on both Sky TV and BBC.

The other semi-final will take place on Sunday 19 April between Inverness Caledonian Thistle and Celtic who beat Dundee United 4-0 in last night’s replay.

Should Hibs reach the final which will take place on 30 May, there will be a familiar face in the opposition dugout. Former manager and captain John Hughes is the boss at Inverness, whilst John Collins who managed Hibs to their last silverware is the assistant manager at Parkhead. 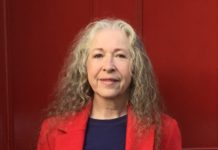