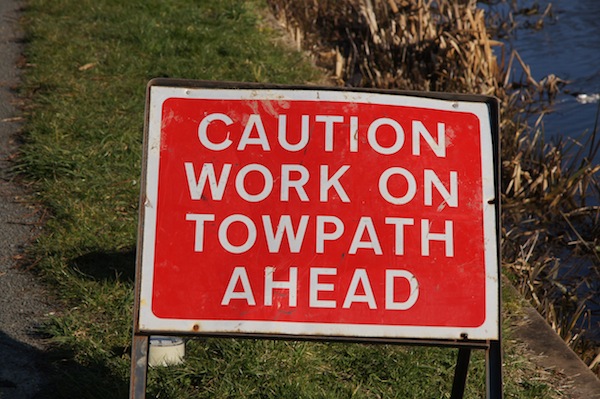 COUNCIL AND SCOTTISH CANALS LIGHT THE WAY FOR WALKERS AND CYCLISTS

More cyclists and walkers are using the Union Canal towpath, thanks to new LED solar powered lights installed by the City of Edinburgh Council and Scottish Canals at Watson Crescent, Kingsknowe and the Calders . Adding to the original lights installed in 2011, the towpath is now illuminated along to the bypass.

In a recent survey of users one in two people said they felt the presence of the lights would encourage them to use the towpath more and 85 per cent of the people we spoke to said they used the towpath at least once a week.  Amongst the comments we received in the survey were ‘makes it feel safer’, ‘brighten the path’ and ‘invaluable to cyclists’.

Cllr Gordon Munro, Canals Champion, said:  “This is a fantastic development for the canal as the new lighting encourages active and healthy lifestyles such as more people walking and cycling and joins communities along the route. It also complements very well the Considerate Cycling Campaign launched by the Council and Scottish Canals last week. Cyclists on the towpaths of the Union Canal are being encouraged to ‘share the space and drop their pace.”

Alasdair Smart, Waterway Manager at Scottish Canals, said: “The towpaths of the Union Canal are busier than ever and play host to a wide variety of users. The new lighting should encourage even more people, whether they navigate the towpaths by boot or bike, to leave the couch and car behind and share the great space of the Union Canal.”

The LED lighting is one of many exciting projects happening along the Canal as part of a Strategy to promote a vision of the place we wish the Union Canal to be. Other projects include the development of the Calders gateway by Bridge 8, Scottish Waterways Trust and Edible Estates.  Fountainbridge is another canal side area of high activity, with the announcement of HLF funding to bring the Rubber Building back into use.