Well over 300,000 people have flocked to Edinburgh Zoo to see the UK’s only giant pandas, Tian Tian and Yang Guang, since they went on public display in late December 2011. With many visitors travelling from Edinburgh, Scotland, the UK and further afield, the pandas quickly reached an incredible milestone and welcomed their 100,000th visitor in early March this year.

Both currently eight years old, Yang Guang (Sunshine) will celebrate his ninth birthday on 14th August and Tian Tian (Sweetie) on 24th August. Birthday celebrations have yet to be unveiled, but keepers have confirmed that panda cake will definitely be involved!

Laura Condie, head of visitor services, said:-“We’re delighted to announce that panda viewing tickets have now gone on sale until the 30th November 2012. Advance bookings have already started to come in for later in the year, with people keen to secure their spot to see Tian Tian and Yang Guang as soon as possible.

“We’re getting excited here at Edinburgh Zoo as the pandas’ first birthdays in Scotland come closer. We’re really looking forward to making a big fuss of Tian Tian and Yang Guang. It’s always exciting to see the visitors’ reaction when they first catch a glimpse of our pandas. For most it is the very first time they have ever seen a real panda in the flesh.” 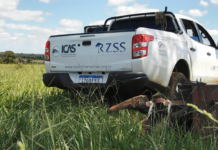