Labour’s manifesto for the Council elections in May has now been published in draft form for further consultation with the public. Councillor Andrew Burns, Labour’s leader in the Capital, says “Consulting the public on our early ideas has had a terrific response from Edinburgh people – almost without exception they’ve been enthusiastic about Edinburgh becoming the first Scottish ‘co-operative council’ and they have added lots of ideas of their own.”

A co-operative Council would see a new relationship between citizens, communities and public services where power and responsibility is shared more equally.

Labour went public in November last year, with its ideas, and the draft manifesto is now open for further public comment until 19 February. The party will then sift through all the ideas before it publishes its final plans in March.

“Consulting the public like this is a first for a political party in Scotland,” says Councillor Burns, “but it seemed to us that if we are to be serious in making the Council truly co-operative, working with people and sharing decision-making about services and the future of our City with them, then we had to do the same with our manifesto.”

Councillor Burns said the Labour manifesto contains no big spending plans. “I can’t promise to spend more,” he says, “money will be tight and we’ll need to economise. But I can promise to be better. I’ll set out to change the way the Council works and, if we are the largest party in the Council, I’ll seek the best talents from all parties to form an administration with us.”

You will find the draft manifesto here 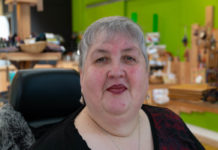 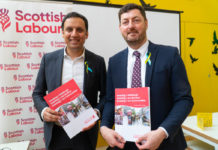