The housing and homelessness charity, Shelter Scotland, has itself become temporarily homeless following a fire in the building where it has its offices today.

According to the police and fire services,  the fire started in the early hours of this morning and three appliances were still on site at 8.30. Appliances from Tollcross and MacDonald Road fire stations were in attendance. Police had cordoned off Hope Street Lane to pedestrian and vehicular traffic to allow a thorough investigation into the cause of the fire in the five storey building.

Graeme Brown, director of Shelter Scotland said:- “A fire in our Scotiabank office in Edinburgh has caused significant damage.

No Shelter Scotland employees were in the building at the time. The cause of the fire is being investigated and until that is concluded we have no further information.  Our services from Scotiabank are temporarily suspended. People can still contact our national helpline on 0808 8004444 and our web site www.shelter.org.uk.”  Spokespeople are available on 0844 515 2442. 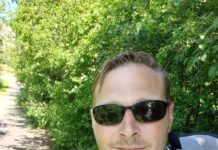