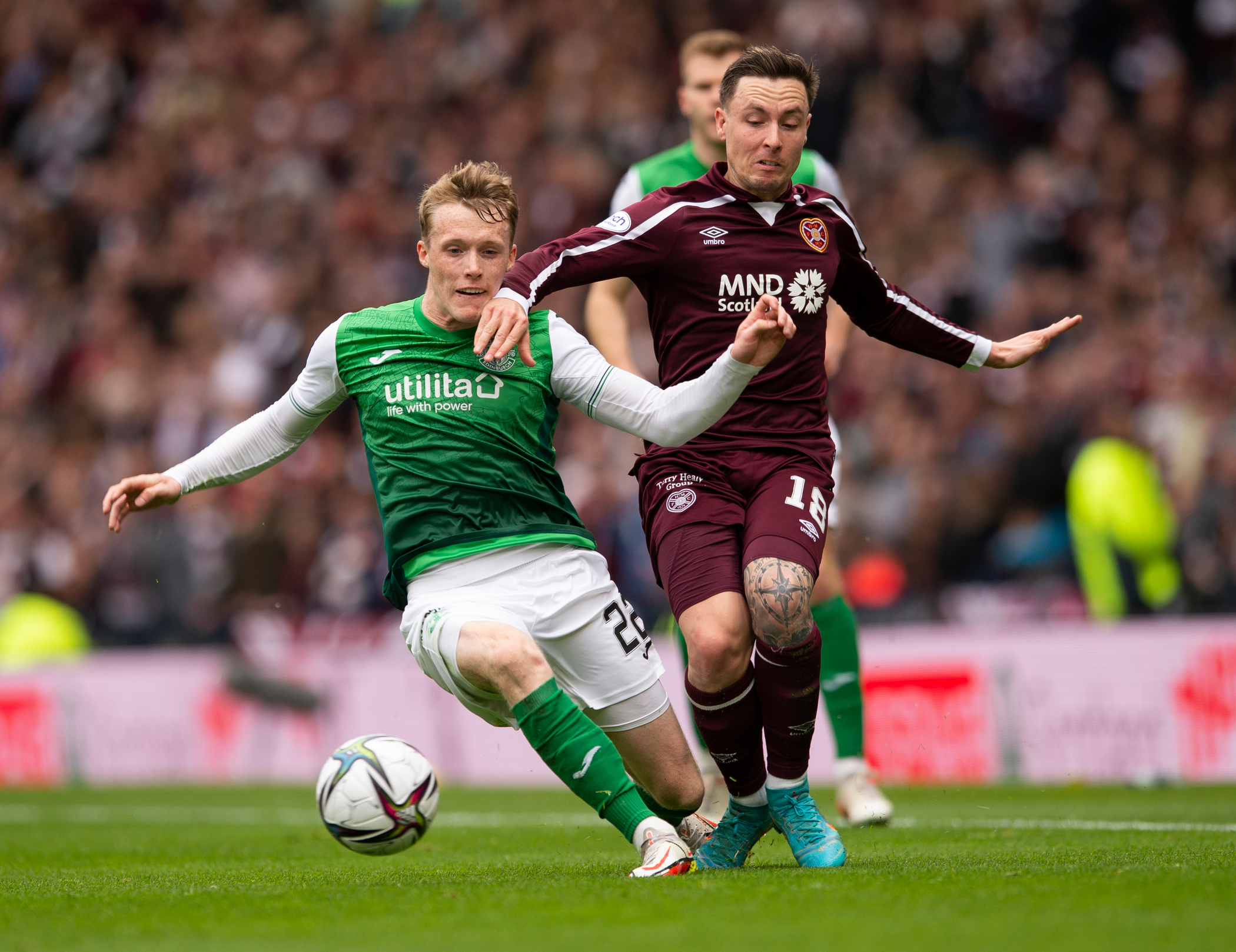 Last season, Barrie McKay had to wait until March to score his first goal for Hearts, but despite hitting the net in magnificent fashion on the opening day this season, the Hearts midfielder was keen to turn the topic of conversation to his teammates.

Hearts were lucky to head down the Tynecastle tunnel at half time on level terms, despite being vastly outplayed by an exciting Ross County side, who showed their competitive match sharpness following their successful Premier Sports Cup campaign.

The home side received a rocket from manager Robbie Neilson at half-time and immediately improved in the second half.

So much so, that when Alan Forrest provided the finish that Alex Cochrane’s cutback was craving on the hour mark, it was nothing more than Hearts’ second half showing had deserved.

Then came the moment of magic from that man McKay. Hearts fans saw on numerous occasions last season, that the 27-year-old is capable of doing things that very few non-Old Firm players are capable of, and his goal was a prime example of that.

Cochrane doubled his assist tally, with a lofted ball up the left channel for McKay, who brought it down beautifully, taking County defenders, Jack Baldwin, and Connor Randall out of play in the process, before taking the ball round Ross Laidlaw and tapping the ball into the empty net.

“It’s definitely up there,” said McKay, when asked where that goal ranked in his career.

“I’m just glad to get off the mark quite early. Last season I think it took me too long to get a goal, so it’s obviously good to get one on the first day.

“If you look at the team from last year, a lot of us have signed up again and we really believe in the project here and we all want to be a part of it. The new boys that have come in have added quality, and you can see that out on the pitch.

“We knew going into the game we would need to be at it and in the first half we probably weren’t. We were giving the ball away too much and letting them get into the game, but the second half I thought we were a completely different team.”

Much of the talk before the match was surrounding Hearts’ new number nine, Lawrence Shankland and although the striker didn’t follow up his debut brace against Stoke City the previous week with a goal against the Staggies, McKay is certain that once they learn each other’s games, the goals and assists will come.

“Shanks is a goalscorer. He has been everywhere he’s been. If you put chances on a plate for him he is going to score goals,” said McKay.

“It’s just about building up relationships,” he added.

“That is only the second time I have played with Lawrence. It was the same when I came in last year, it’s just about everybody getting to know what I’m going to do when I get the ball.

“I think you saw that in the second half of last season. Once I had been here for a few months everybody knew what I was going to do. My assists really took off from there and hopefully I can do that again this year.”