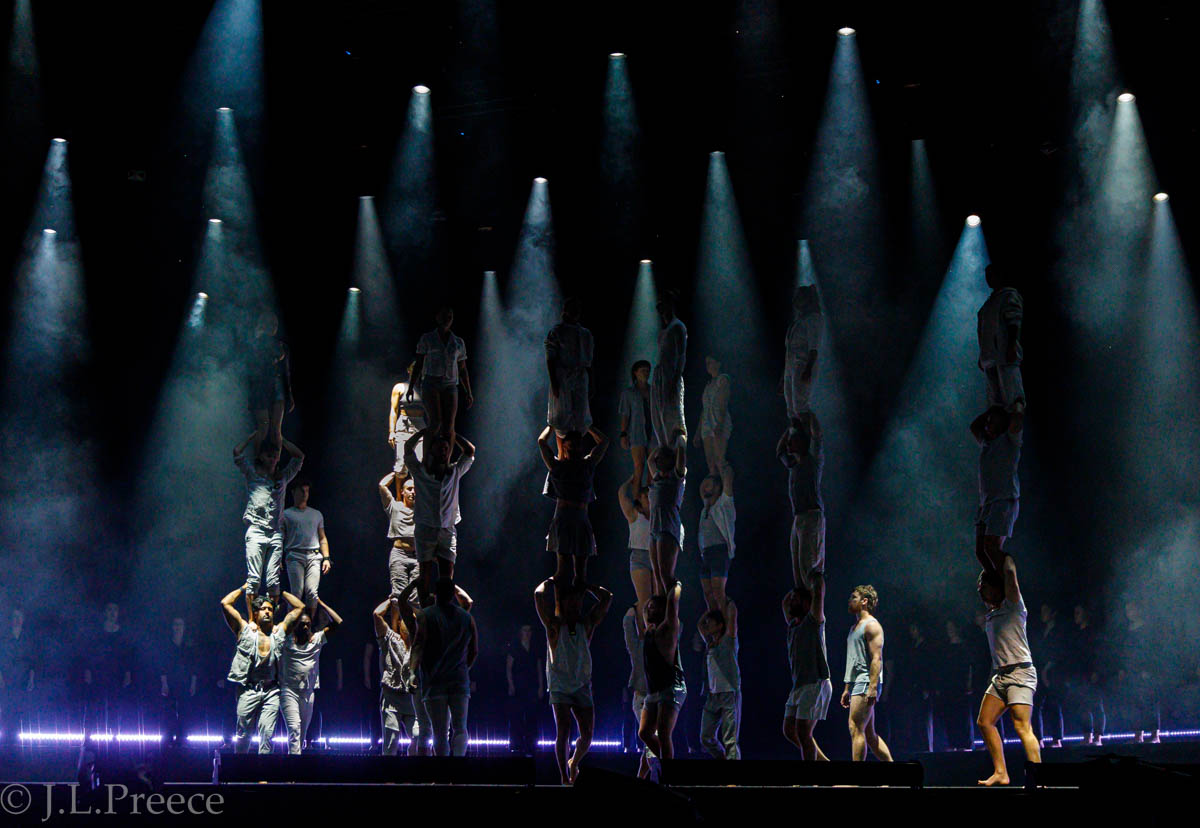 The 75th Festival opened with a joyful celebration of Australian and Scottish culture in a fusion of circus, dance and music.

In MACRO, a 30-strong troupe teamed up with the NYCOS choir for a stunning performance. With music, projections, drums and a spectacular light display, MACRO presented a heart-in-mouth display of skill, daring and superhuman coordination.

In collaboration with Scottish Rugby