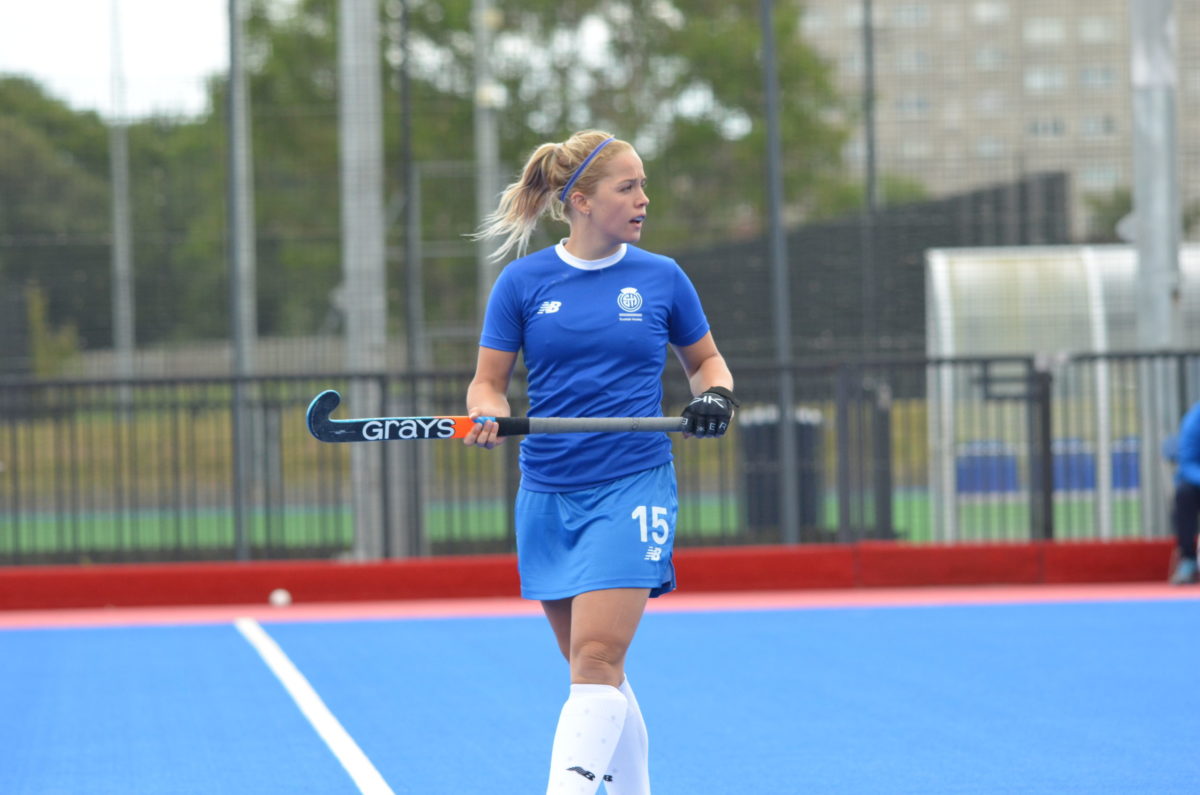 Scotland can now look forward to their opening Commonwealth Games fixture against South Africa in Birmingham after signing-off their competitive build-up with a 3-1 victory over a battling Italian side at Peffermill, Edinburgh.

This was their third straight win over the spirited visitors who are No 19 in the world, one place behind Scotland, and who are preparing for the EuroHockey qualifiers in late August.

South African-born Heather McEwan (pictured by Nigel Duncan), who plays in Royal Victory in Belgium, opened the scoring for the home side who were anxious to build on their previous two wins over Italy, a 3-0 opening win and then a running penalty success after the sides were locked at 1-1 at the end of regulation in the second game.

The Italians levelled in the dying seconds of the first-half after a period of pressure on the home defence, but Scotland went back in front when University of Edinburgh defender, Amy Costello, one of several Great Britain squad members in the Tartan Hearts squad, netted.

And with ten minutes left Perth-born Louise Campbell, another University of Edinburgh star who has just returned from injury, scored No 3 to secure the welcome win.

Chris Duncan, Scotland’s coach, said this game was the end of a physically challenging programme stretching over several months.

He added: “The girls have learned a lot and really applied themselves. Italy have made changes to their squad due to retirals and they have changed their coach. They were ideal  opposition for us at this stage of our preparation and they are a well-organised side with speed and a lot of potential.”