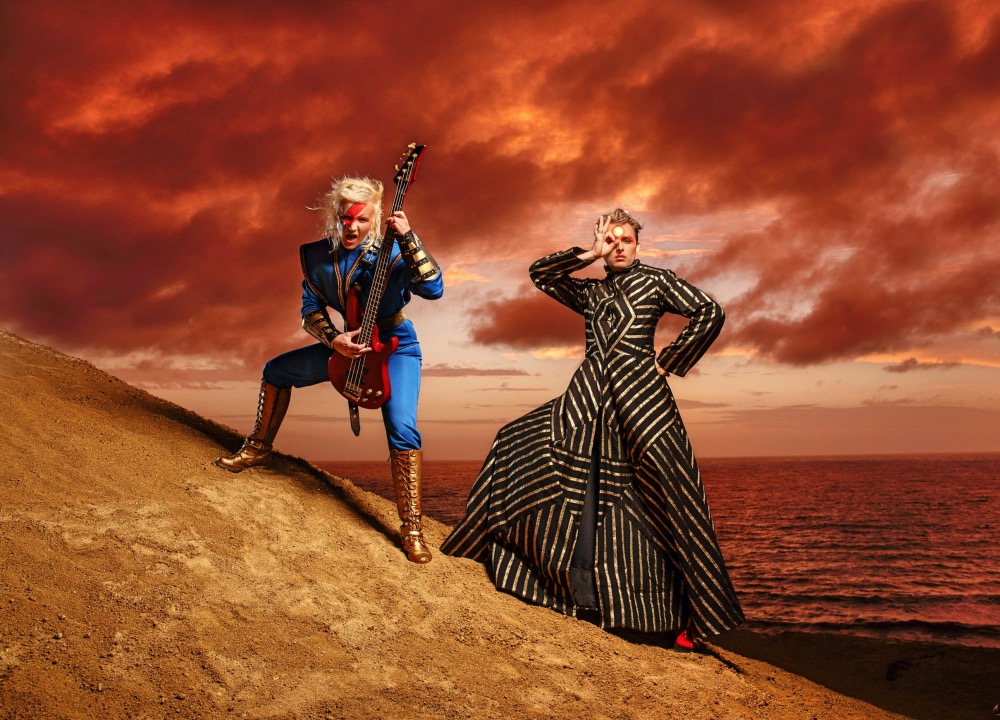 Rock ’n’ roll rebel, David Bowie, is celebrated in a glittering glam rock circus show jam-packed with acrobatics, and aerials, with a live band pumping out phenomenal music from across his 50-year career.

Rebel, at Underbelly’s Circus Hub on the Meadows, recalls not just the songs but the costumes and the spirit of one of the most influential cultural figures of modern times, and does it in flamboyant style.

The show was inspired by Bowie’s own words: “I want to tart rock up. I don’t want to climb out of my fantasies in order to go up on stage – I want to take them on stage with me.”

Headlined by multi award-winner Stewart Reeve, this is not a show where the band hang about in the shadows – each member is also a circus performer and it’s their acts that provide the action. This includes aerial acts to the sound of Space Oddity, Let’s Dance and Lazarus.

Rebel, with a cast of performers from Australia, New Zealand and the USA, is making its international premiere at the Edinburgh Fringe after enjoying huge success in Australia.

Critical praise includes: “I could see Rebel being a hit on the strip in Las Vegas,” Weekend Notes, “Rebel is your Bowie fantasies realised – a live band, breathtaking circus, spectacular rock and roll sideshow,” Australian Arts Review and “Alive with mesmerising energy and mystery,” Theatre People ★★★★★.

Onya Magazine summed it up by saying: “Put on your best glitter and head to Rebel to see the star man, waiting in the sky.”

The show is co-created by Australia’s Highwire Entertainment, the production house behind another Fringe hit circus show Rouge.

Elena Kirschbaum, the show’s director, said: “Rock ’n’ roll circus is perfect for Bowie, with its glamour, fantasy and spectacle. Rebel aims to be more than a tribute, but to capture the aesthetic and the spirit of a performer who captivated the world across five decades.”