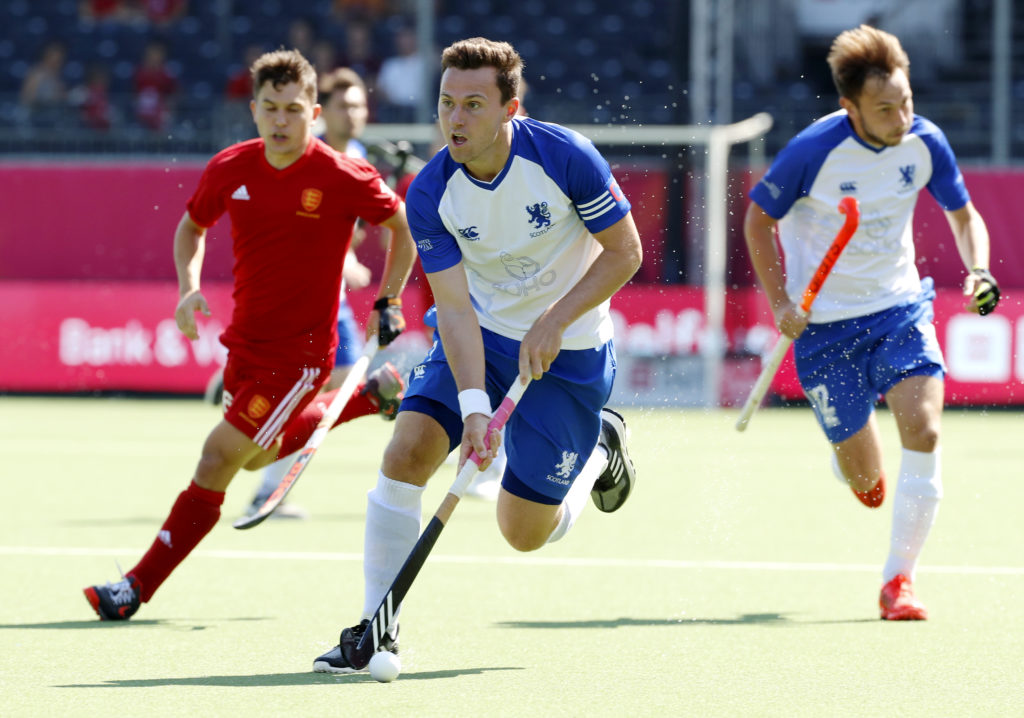 Scotland captain Alan Forsyth urged his squad to move on after they were beaten 12-0 by the ruthless Australian side in their second Commonwealth Games clash in Birmingham.

The Blue Sticks square-up to South Africa on Monday looking for a result after earning a 5-5 with New Zealand on Friday.

Scotland did have the ball in the net when Struan Walker scored, but the officials deemed that the ball had crossed the line after the final whistle.

Forsyth (pictured), now playing in Holland after a successful spell with top English side, Surbiton, said: “We have to move on from here.

“Australia are the world No 1 and we are world  No 19 and we knew it would be tough, but there are elements we can learn from.”

The Great Britain player, who earned his 150th Scotland cap against Australia, added: “We knew who was in the group early and we have done our homework, but that is what you have to do at this level.

“Attacking is one of our strong points and we show no fear and if we have opportunities we have to take them against South Africa.”