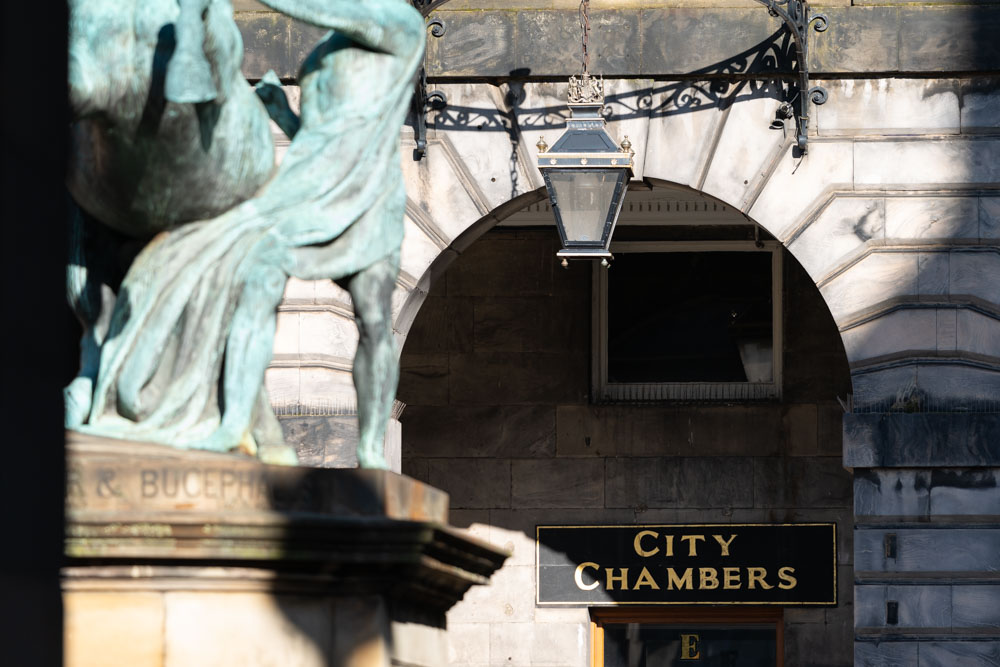 A new range of measures to clean up Edinburgh  are to be explored by the council, including scrapping uplift charges and establishing a “graffiti task force”.

Conservative Group leader Iain Whyte highlighted that all parties promised to clean-up the city’s streets in manifestos published ahead of May’s election.

A motion tabled by Cllr Whyte at the full council meeting last week requesting a report looking into how these pledges can be fulfilled was met with cross-party support.

He said: “We’ve fallen to be the dirtiest-ranked city in the Local Environmental Audit and Management System (LEAMS) stats of any in Scotland, we’re down at a catastrophically low 82 per cent on street cleanliness when we always used to be well into the 90s. In the north-east of the city where my ward sits that’s down at 64 per cent in the last survey – that’s atrocious.

“We all want to do something about it, part of that may well be resource. I don’t think we ensure that we prioritise this service within our budgets or within the way we work.”

According to LEAMS latest audit cleanliness on all of Scotland’s streets has gone down by 2.1%

Amongst the slew of actions proposed in his motion were ensuring there is a “well-resourced enforcement team to deal with fly-tipping, dumping around bins, litter and dog fouling” and a new “comprehensive weed clearing programme”.

It requested that officers investigate the feasibility of setting-up a graffiti task force and ending the £35 annual charges for brown bin collections and special uplifts to drive down fly-tipping rates.

The council will also explore putting communal bins underground wherever possible and improving the maintenance schedule for litter bins in the report, which will include details on the cost of various measures.

Cllr Whyte continued: “At the bottom of the issue is enforcement of standards and enforcement of the rules we have, making sure we have a good team to do that around fly-tipping, around bin dumping, around litter, around dog fouling, around graffiti and then cleaning things up.”

He added the introduction of communal ‘bin hubs’ by the last council administration – new on-street bins for household rubbish, recycling, glass, and food waste secured in the street by metal railings – were “supposed to be, until recently, the answer to all of this”.

He said: “Communal bin hubs seemed to have stalled because they were all meant to be rolled out by the end of December last year. I know in my ward and on the edge of my ward where I live in Leith that there are lots of hoops installed in the street but there aren’t yet the communal bins to go with them, there aren’t yet the additional collections that were there to ensure people could recycle and push up our frankly abysmal recycling rates.

“All of these things need to be fixed and the only way I think we can fix it is to bring a report back to committee to look at what needs to be done to solve it.”

A report going to the transport and environment committee later in the year will give an update on the delivery of the bin hub roll out and will set out options for moving locations “where local elected members engaging with the community can identify an alternative location that meets service needs.”

Transport and environment convener Scott Arthur said: “I’m proud that Edinburgh welcomes people from all over the world to our city to enjoy its culture and its history but sometimes I’m ashamed at what they see when they come here.

“Let’s be honest, some parts of our city don’t just need a spring clean, they need a deep clean and it’s also not just about the city centre.

“And on the situation with the bin hub roll out, I share some of the frustration that we have right across the chamber that it is going slower than we expected but I do respect the fact that council staff are working hard on this within the resources they have available.”