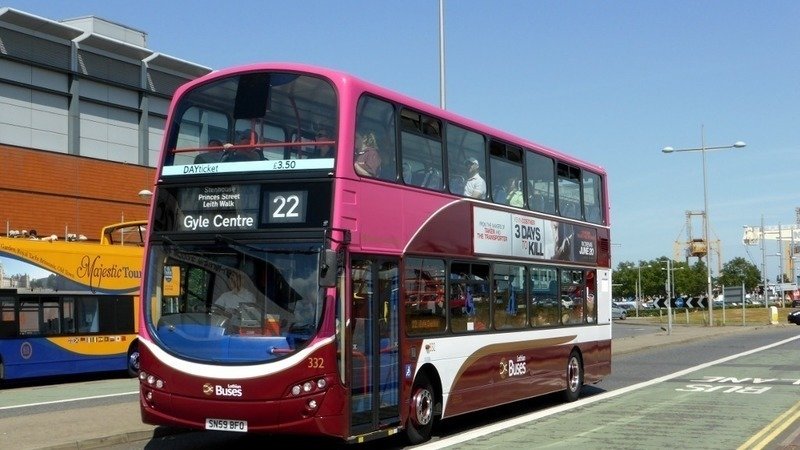 Ever since the removal of the number 22 bus from services to Leith passengers have complained about the lack of public transport to this area of the city – the most densely populated and an area where car ownership is said to be lowest.

The petition established by Leith Links Community Council, and now signed by 1,111 people, states: ”The City of Edinburgh Council’s policy is to “promote walking, cycling and use of public transport”.
“But not everyone can walk very far, or cycle. What has been done to promote use of public transport? Nothing! Quite the reverse!

– We have NO buses at all on the north side of Leith Links, although 1000s of new residents are moving into large new housing developments there. Having to walk across the Links (especially in the dark) is a safety (especially for women) issue as well as a transport issue.

– We have lost the 22 bus (that we were promised would stay, at least until the tram is running).

– There is no direct bus to the Western General although Leithers are generally referred there by NHS services, rather than to the RIE.

– Bus stops are being removed or spaced out too far apart, all around the city, which makes it difficult for older people to use the bus system.

– Bus lanes now seem to be threatened, which will slow down bus travel and make it less attractive – thus encouraging more car use.

“Please sign  to support a campaign to get both the City of Edinburgh Council and Lothian Buses to do better for Leith!”

A spokesperson for Lothian said: “Over the last two years, Lothian has endeavoured to cater for all customers across our network during challenging times. Customer numbers are still recovering across our network; however, on service 22 patronage was significantly less recovered.

“In order to improve service provision in other areas of the city, where customer demand is stronger, we had to make tough decisions and re-allocate our limited driving resource. Therefore, from 5 June, Lothian took the decision to alter service 22, with the north end of the city continuing to be covered by a number of alternative bus services and no area left without a bus service.”