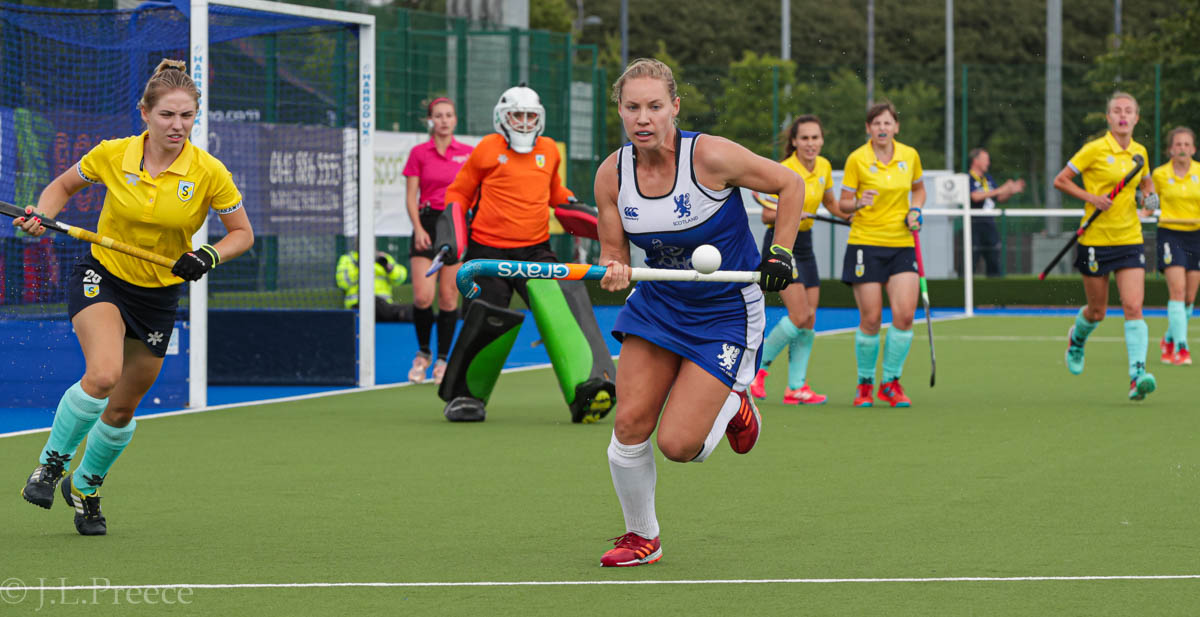 The scoreline confirmed that Scotland’s women were edged 1-0 by New Zealand in a bruising battle in Birmingham, but it does not tell the whole story in a Commonwealth Games encounter in which the Tartan Hearts gave their all and ended up having their hearts broken by a shock call by an official.

The Scots are ranked nine places below the Kiwis, ranked No 8 in the world, but they were pushed to the wire by their rivals who produced a disciplined performance and were desperately unlucky not to take a share of the points.

The key moment came near the end of the second quarter. Jen Eadie, who netted the fourth goal in the 4-2 win over South Africa on Friday, buried the ball into the bottom left-hand corner of the net, giving the opposition goalkeeper no chance.

How the Scots on and off the pitch celebrated as the rain belted down, believing they had levelled the tense game at 1-1 after Rose Tynan’s opener with six minutes left of the opening session.

But their joy was short-lived as the referee asked the video referee to review, believing that the ball had not left the circle from a penalty corner.

The decision took time and the anxious players and coaching staff studied a number of replays on the giant, pitch-side screen, before joy turned to heartbreak for the team and large travelling support as the goal was disallowed and it looked an extremely harsh decision, particularly after watching footage later, and the fans in the towering terracing at Birmingham University’s sports complex signalled their feelings after the decision was announced.

The Scots, however, stuck to their task and Fiona Burnet fired inches over following a ball from the right wing to signal a warning to their opponents that they were not a spent force.

Sarah Robertson (pictured), Scotland’s captain, led from the front and was bundled over at least twice by hefty tackles while Heather McEwan complained to the match officials after a tackle from behind, the South African-born player pointing to her head. Officials waved her protests aside.

The Kiwis were forced to work hard but a spell of pressure saw Amy Gibson produce three world-class stops in a row as the Kiwi’s attempted to break through. She also reacted well to another effort later and Nikki Cochrane had also to be at her best as the Kiwis mounted early raids.

New Zealand’s high press caused the Scots problems, but the Tartan Hearts looked dangerous when they did break free. However, with time running out, head coach Chris Duncan withdrew his goalkeeper, but couldn’t find a way through as their opponents dug in.

Scotland, however, are undoubtedly punching above their weight and must re-group quickly ahead of their third match in the competition against Kenya on Monday. They are whipping boys in this group, but coach Duncan has already warned about taking the game lightly. Full focus is required.

And the squad must park whatever thoughts they have about the outcome against the Kiwis and concentrate fully on Kenya. They also face Australia in their final pool game on Wednesday.