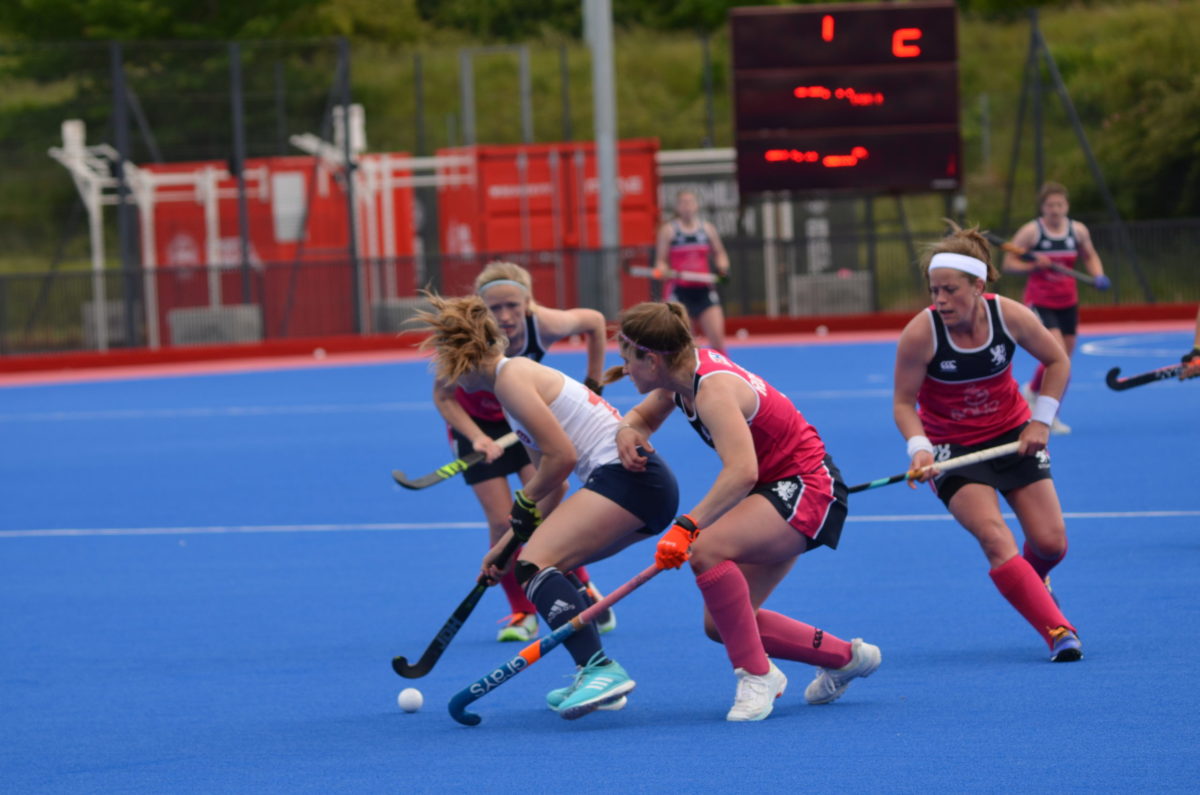 Bex Condie believes this is the right time to retire from international hockey despite being named as one of five reserves for the Commonwealth Games in Birmingham.

The Birmingham-based player collected 76 caps and scored five goals since making a full international debut in 2015 and she represented Scotland at the Commonwealth Games on the Gold Coast in 2018 and at six international tournaments.

The 32-year-old biology teacher (pictured with white headband by Nigel Duncan) said: “It’s been a difficult decision, but I want to spend more time with my young family and enjoy all the things you need to sacrifice to be an international player.

“I’m grateful for everything playing for Scotland has given me, the highs and lows, the friendships, but now just feels like the right time to say farewell.”

Germany-born Condie has been part of the Scotland set-up since the age of 17 despite moving to the Midlands to play for the University of Birmingham.

She made her debut against Wales and was part of the squad which competed at the EuroHockey Championships in Amsterdam.

She was appointed vice-captain of the team which travelled to Australia for the Commonwealth Games but broke her thumb three weeks before travelling to the Gold Coast.

Then she was involved in the EuroHockey Championship II when Scotland won to regain their place at the top table of European hockey.

Chris Duncan, Scotland women’s head coach, said: “Bex amassed an impressive 76 caps over a seven-year period. Her impact on the landscape, not just of the squad, but of Scottish Hockey in general, is vast. An individual who had a constant desire to improve and to support and nurture her team mates, she has been a tremendous asset and role model to the group in developing youngsters in Scotland and beyond.’

“On a personal note, she has been a stalwart, who consistently gave her all and has made some incredible memories over the period.