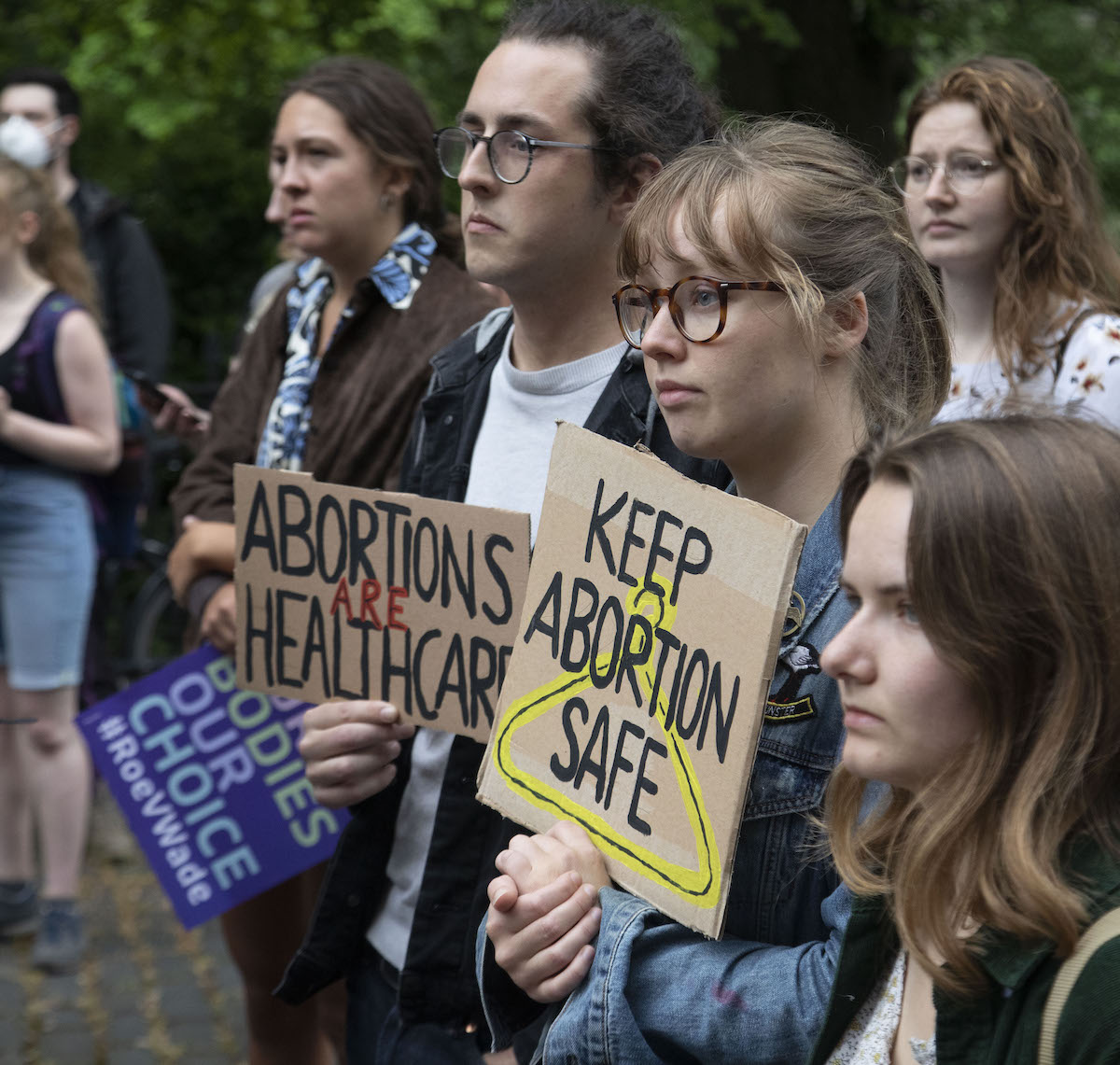 First Minister Nicola Sturgeon will convene a summit on abortion care in Edinburgh on Monday, to find ways of ensuring that women can access health services without fear, harassment or intimidation.

The purpose of the summit is to establish what can be done to improve access to abortion services generally, and in particular to provide an effective legislative mechanism to establish abortion buffer zones. It will also seek to identify immediate, short term actions to protect women from harassment or intimidation outside hospitals and sexual health clinics.

It will bring together representatives from local government, third sector organisations, Police Scotland, the NHS and campaigners, and will include cross-party representation.

The First Minister said:“This summit is an important opportunity to reaffirm women’s autonomy and right to choose. It comes at a particularly important time given the overturning of Roe v Wade in the United States. The summit will consider in general terms what needs to be done to improve access to abortion services, including second trimester abortions, in Scotland.

“However, its main and most immediate focus will be on mechanisms to establish effective buffer zones. It starts from the clear view that women must be able to access health care, including abortion services, free of harassment or intimidation. The proper focus for anyone protesting abortion should be Parliament and lawmakers – not hospitals or sexual health clinics.

“Gatherings of this kind create additional stress for anyone using these facilities, for any purpose, and for those who work in them. But for women accessing abortion services, the upset, distress and fear that they cause can be profound.

“At what is already a very stressful time, women are being forced to see or make their way past these groups on the way in. And once they’re inside, on top of everything else, there’s the knowledge that they may have to see them again on the way out.

“In my view, the current situation is unacceptable, and it’s one which we must address as a matter of urgency. I am determined that we do so. There are issues that we need to solve to establish buffer zones through legislation but if we work together in a spirit of solidarity, I am confident we can find a way.”

In the video below Ms Sturgeon was speaking to the BBC from the Royal Highland Showground.

Scottish Green MSP Gillian Mackay said on Monday that the bill to introduce protest free ‘buffer zones’ outside clinics that provide abortions will protect workers and service users from intimidation and harassment.

Ms Mackay has also said that she hopes the summit being hosted by First Minister Nicola Sturgeon today can identify interim solutions to tackle unacceptable behaviour while the Bill is passing through the parliamentary process.

Gillian Mackay MSP said: “My Bill will provide peace of mind to all those accessing abortion services, by introducing protest free buffer zones around clinics.

“There is no place for the type of intimidation and harassment we are regularly seeing outside these healthcare facilities at the moment.

“Both healthcare staff, and those accessing services, have relayed horrifying stories of the impact this harassment can have.

“While the parliamentary process can seem frustratingly slow, it is right that there is time for thorough consultation and scrutiny before any proposal becomes law.

“In the meantime, I believe there are a number of options that could be taken forward as interim solutions, particularly in the most egregious examples of this intimidatory behaviour.

“I am grateful to the First Minister for convening today’s summit and hope we can explore some of these options to improve access to services as well as discussing the practicalities of my Bill proposal.”

Mr Cole Hamilton, who has called for new protections against intimidation since 2018,will attend the summit alongside campaign groups including Back Off Scotland, BPAS and Rape Crisis Scotland and other MSPs including Monica Lennon and Gillian Mackay.

The Liberal Democrats say The Scottish Government has repeatedly failed to commit to introduce buffer zones around abortion clinics in Scotland, and that over a month ago, campaign groups wrote to the First Minister, warning that a “lack of political action” would make abortion clinics feel, “that they do not have the support to provide the care women need.”

Mr Cole Hamilton said: “On Friday, the unthinkable was announced: millions of women will lose the right to an abortion in the US. We must take action now.

“For almost four years I have joined campaign groups in pressing the Scottish Government to stop dragging their feet and ensure that women feel safe while seeking abortion treatment.

“This long overdue summit is a vital chance to introduce robust action that can give women the protection they need more than ever.

“Now that the opportunity has finally arrived, I am categorical about what must be achieved at this summit. The Government should commit to delivering buffer zones in government time and at pace so that women can access treatment without fear of intimidation or harassment.”

At Edinburgh Pride on Saturday Mr Cole Hamilton talked of the Roe v Wade decision on Friday saying that “we have to stand in the vanguard of resistance to that right wing extremism”.