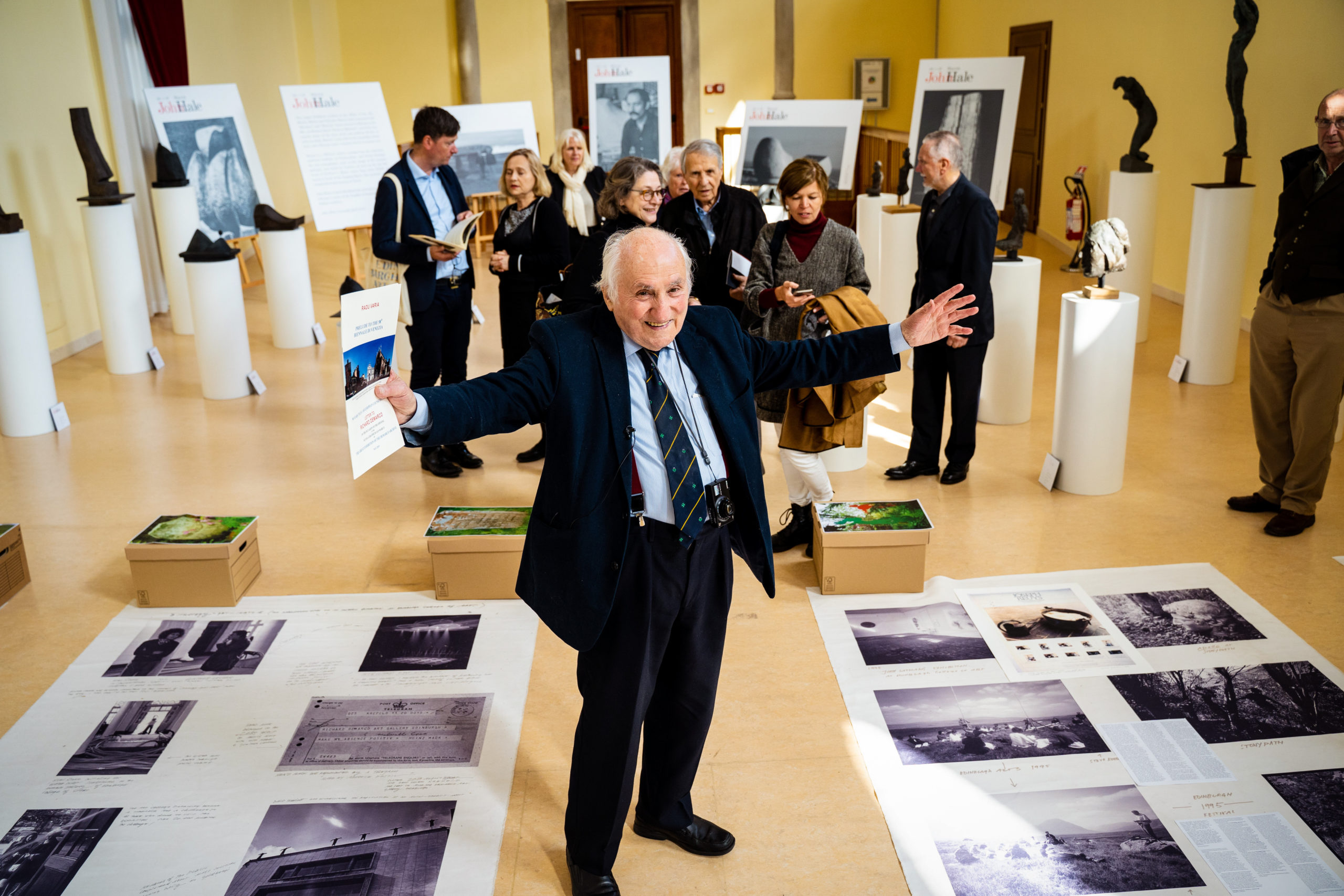 From growing up in wartime Scotland and the fledgling years of the Edinburgh Festival to becoming Scotland’s greatest ambassador for visual and performance art, the name of the Leith-born and educated Italo-Scot Richard Demarco CBE is synonymous with inspiration, creativity and controversy.

A force of nature unto his ninth decade, this self-taught impresario has never shirked the unthinkable, the seemingly impossible in pursuit of the Road to Meikle Seggie, that mystical magical cultural landmark of deepest Kinross from which, he insists, all roads merge into a world of discovery.

Generations have come and gone since 1963 when he co-founded the Traverse Theatre and first of his Demarco Galleries but that same passion endures.  For the past ten years, some might say not before time, the award winning film director and producer Marco Federici has been working on RICO (The Richard Demarco Story), a thought provoking documentary on the life of this unrepentant maverick.

This was the man who in 1980 chartered the sailing ship ‘Marques’ and engaged the great Orcadian author, George Mackay Brown, to steer it through Hebridean waters he had only previously written about. It was Demarco who transported festival audiences to performances of Macbeth on Inchcolm Island in the Firth of Forth, and brought the Free Stage Theatre of Minsk to Kirkcaldy to perform The Scottish Play on the ruined ramparts of Ravenscraig Castle.

Richard Demarco’s track record is such that the Scottish establishment has simply never known how to tame him while others, Poland, France, Italy, Germany and Romania, have showered him with honours. In 2013, he was nominated for the European Citizen’s Medal.

RICO has  already won the audience prize for “Best Doc” at the Central Scotland Doc Fest,, with a “Best Director” Award at the Warsaw and Valencia Fusion Festivals. The film has also made the “Official Selection” at the Toronto Independent, Liverpool International and Yale University’s New Haven Doc Fest,  among others. Independent screenings during this year’s Edinburgh Festival are currently being scheduled with national television and streaming for wider audiences later in the year. The film’s Facebook page (RICO: The Richard Demarco Story) will publish dates soon.

Marco Federici insists he was motivated to make “a film that brings a greater understanding, albeit still an introduction in many ways, to the sheer scale of Richard Demarco’s astonishing contribution to Scottish and international culture in a courageous, uncompromising career that spans the last seven decades.

“After watching the film, the first question we should be asking ourselves is ‘How did he do it?’” he says. “Thousands upon thousands of artists, exhibitions and performances. So many lifetimes of work are encapsulated into one.”

Federici’s documentary sets out to peel away the flamboyant persona of “Ricky”, as he is widely known, and offers him the space to become “Rico” (his mother’s nickname for him). This, according to Federici, enables Demarco to articulate his often moving philosophy concerning our co-existence with art and science, our responsibilities to nature, and “those that are yet to be born.”

We are also reminded of just how fragile his unique archive of documents and memories remains, currently sheltered at Summerhall, the Edinburgh events venue (www.summerhall.co.uk), but in desperate need of the necessary investment to conserve as a totally unique and important record of Scotland’s cultural significance in modern times.

The black and white photo is of Richard with Joseph Beuys and needs to be credited to Demarco Archive Trust Ltd/Demarco Digital Archive.

All other photos © Marco Federici