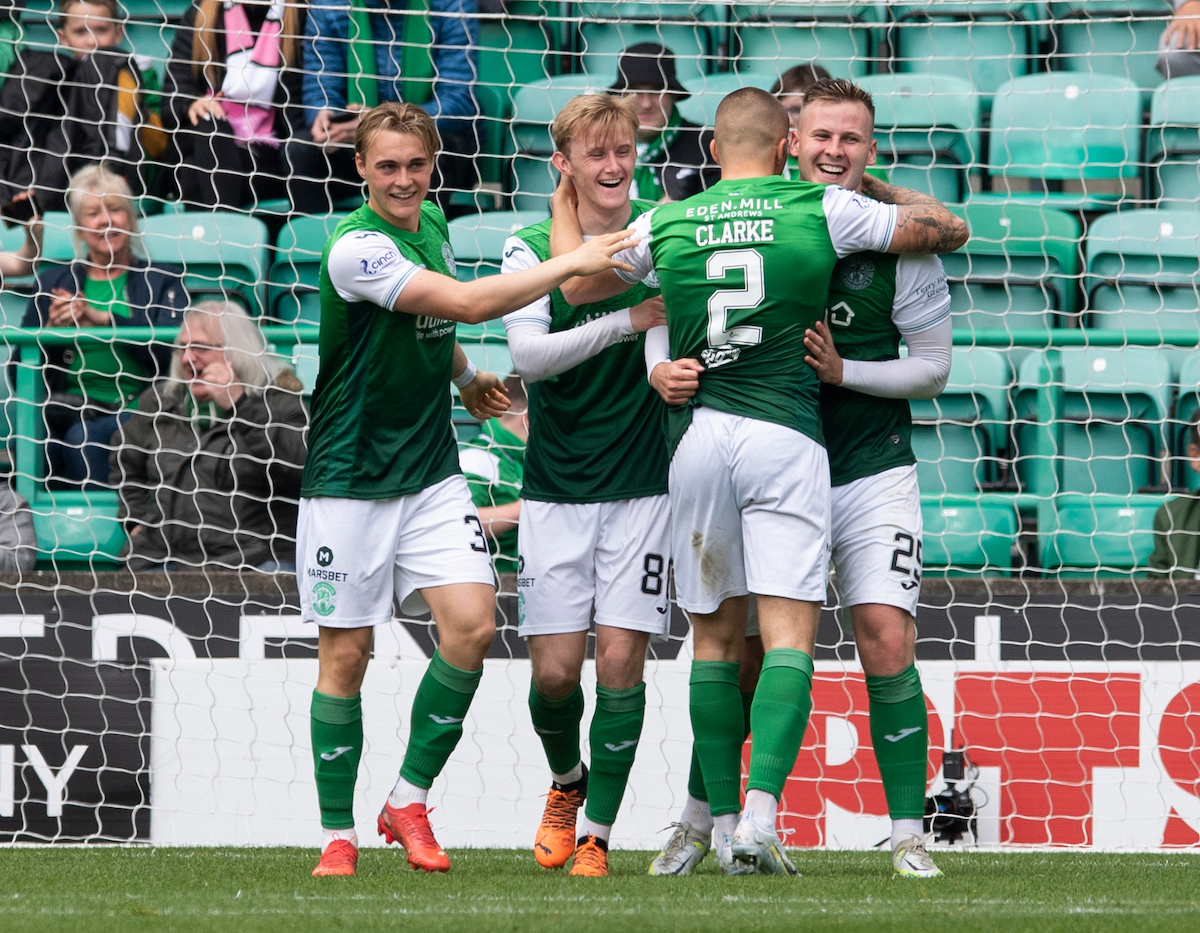 Hibs finished a dismal season with a 4-0 victory over under-strength St Johnstone at Easter Road today.

St Johnstone had the better of a lacklustre first-half but did little to threaten Matt Macey’s goal.

Josh Doig had a good chance to open the scoring when he connected with Joe Newell’s cross, but ball flew inches wide.

Hibs opened the scoring just before the break after Elias Melkersen nodded back into the area and Paul McGinn knocked the ball into the net.

At half-time the Dnipro kids were introduced to the fans and received warm applause.

Hibs doubled their advantage shortly after the restart when a cross from the right struck James Scott and deflected into the net.

If there was some fortune attached to his first goal, the on-loan striker deserved the plaudits after a well-taken second after a cross from Joe Newell which flew underneath Elliot Parish.

Hibs should have had a fourth soon after Parish -parried a shot into the path of Melkersen, who knocked the ball past the post with the goal gaping.

Scott completed his hat trick with a header across the goalkeeper two minutes from time though, to make sure he would take the match ball home.

Four youngsters, all aged 17 were given their debuts from the bench in the second half Jacob Blaney, Oscar MacIntyre, Murray Aiken and Robbie Hamilton.

After the game Gray told BBC Sportsound “[It was] nice to go and win the game and end the season as positive as we can. It was a funny game. We found ourselves 1-0 up when St Johnstone were the better side in the first half.

“At the top end of the pitch, we’ve needed to be more clinical all season. We only had six shots on target today but managed to score four goals. All in it was good to send the fans home happy.”