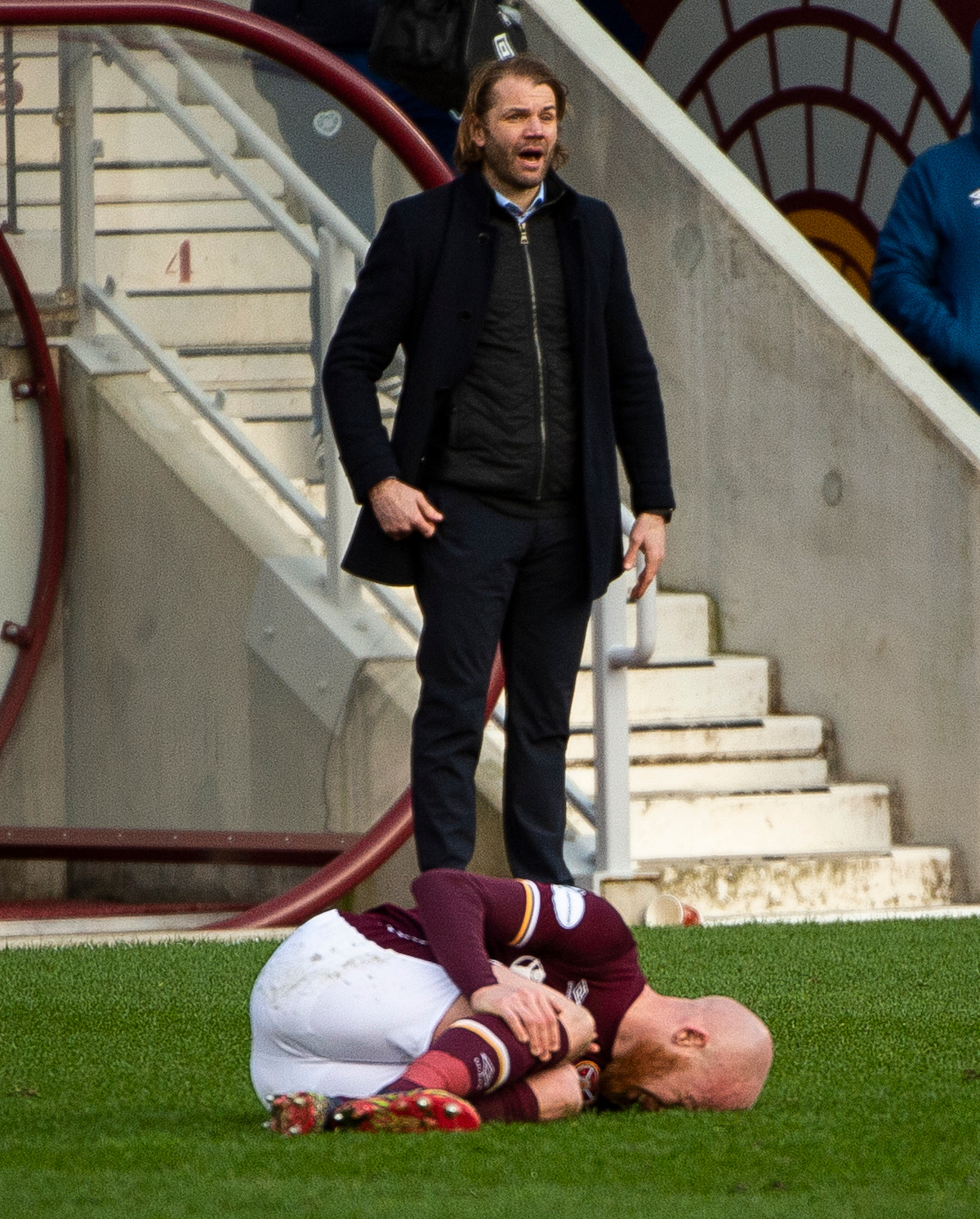 It was the one thing that Hearts manager Robbie Neilson feared when naming such a strong side to face Rangers in what was effectively a dead rubber match at Tynecastle on Saturday.

The bosses worst fears were realised after just 12 minutes when Hearts’ top goalscorer Liam Boyce sat down on the halfway line with a groin problem and was replaced by Josh Ginnelly.

Many would argue it was an unnecessary risk taken by Neilson to play the likes of Boyce in the first place with the Scottish Cup Final just seven days later, and immediately doubt was cast on whether the Northern Irishman would be fit enough to start at Hampden on 21 May.

Neilson was calm when asked about the strikers prospects of playing at Hampden and remains hopeful that he will be available to play, despite not taking part in training on Tuesday.

“We’re hoping Boyce will be fine, he obviously had to come off with a tight groin but it looks as though it has settled down a wee bit. He will not train on Tuesday but I would expect him to be back on Thursday,” he said.

“They all want to be a part of it, we will make an assessment of Liam on Thursday but having spoken to him and the physio, I think he should be fine.

We’ve still got the bounce game on Tuesday, which is just for fitness for a couple of players and to work on a couple of things.”