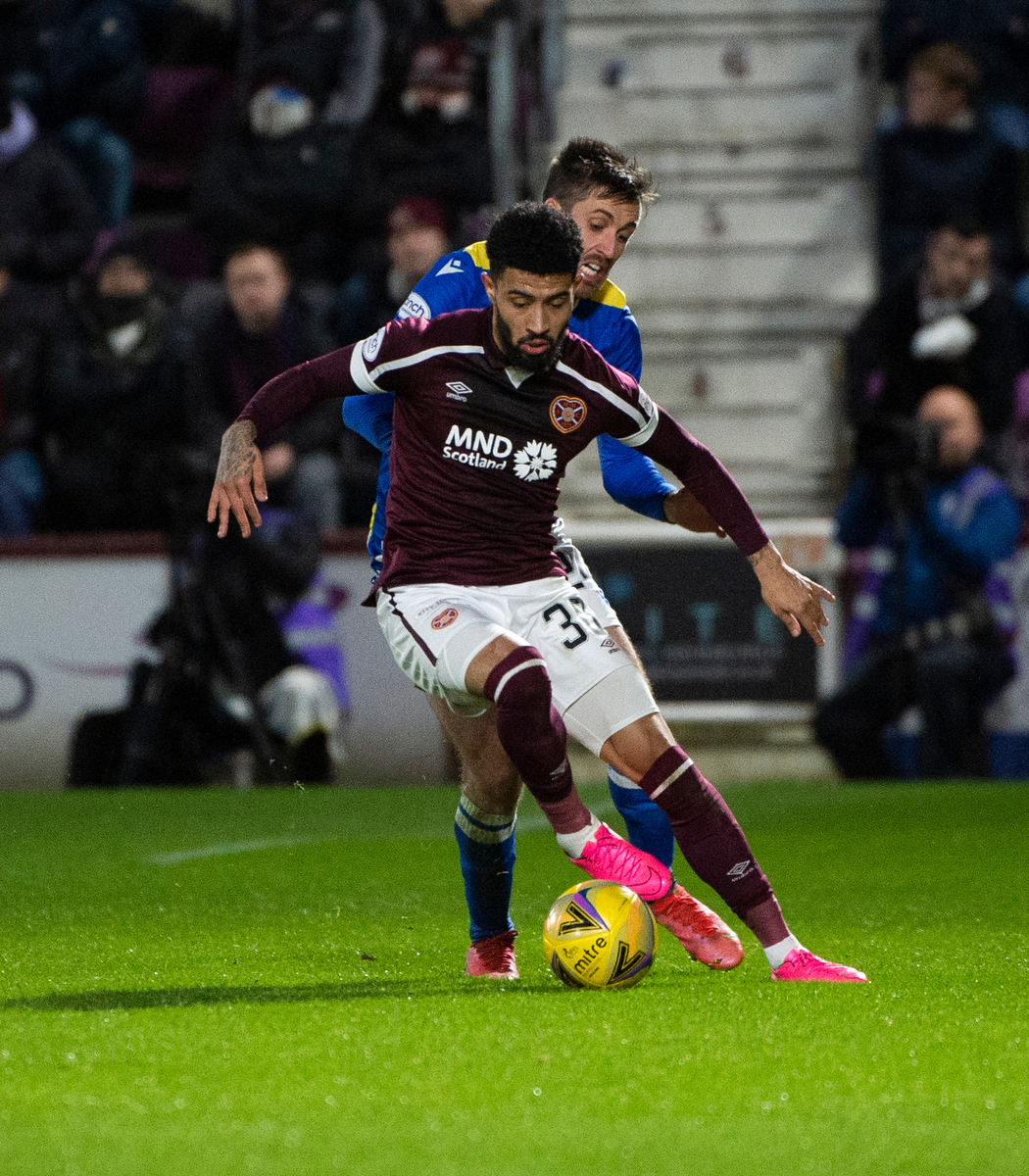 Josh Ginnelly knows what it takes to play on the biggest stages of them all. The Hearts wide-man came off the bench to force a penalty shootout against Celtic in the delayed 2020 Scottish Cup final.

The Jambos were two spot kicks away from lifting the cup at an empty Hampden that night, but both Stephen Kingsley and Craig Wighton failed to find the net, allowing Kristoffer Ajer to win it for Celtic.

Ginnelly has had his fair share of success too though, he was part of the Tranmere Rovers side that won promotion to the English League Two in 2018, however his memory of the Wembley final is blurred after he was struck by a glass bottle in the first half and had to leave the field due to dizziness.

“We had a man sent off 54 seconds into the game, Liam Ridehalgh who is at Bradford City now. It was an interesting game,” he explains.

“It was a weird day. I got bottled. Somebody threw something out of the crowd, and it hit me on the back of the head.

“It was crazy. I ended up coming off. I went dizzy. My head was pounding. It hit me on a sweet spot on my head and I went down. I got back up and everything was blurry. It was a full beer bottle, but it felt like a glass. It was a rollercoaster of emotions, but we got over the line.

“They never caught the person who threw the bottle,” Ginnelly continued.

“I heard nothing back. To this day I don’t know who threw it, but it was some throw, to come all that way and hit me on the back of the head.

“Having experienced that winning feeling I’d love to experience it again with Hearts. We won the Championship, but we did not celebrate that. I’m sure if we win this cup Edinburgh will go crazy for a few days. That’s what we are looking to do.”

Hearts are preparing for a completely different final to the one some of these players experienced 17 months ago with Hearts fans quickly selling out their allocation.

After scoring in an empty national stadium, the 25-year-old is now eyeing up a goal in front of a full Hampden and admits lifting the Scottish Cup would be the highlight of his football career.

“It was amazing. I think everybody in any game wants to score but when it’s a final, when you’re scoring a goal that affects a game massively, it was a good moment for me having gone through some of the injuries that I’d had. Hopefully I can do it again.

“I think the first time I have seen Hampden full was in the semi-final. I thought to myself, ‘ ah I wish I’d had the fans in here when I scored last year in the final. Hopefully I can come on and affect the game again.

“At Hearts you are expected to win things and we’ve got a great chance to go and do that.

“I have been part of some trophy-winning games and they were all great days, but this would be, without a doubt, the biggest achievement of my career. I really want to win.”